Happy St. Patrick's Day! This morning we awoke to a cool and dreary morning. It rained overnight and it's supposed to rain more later this afternoon. That didn't stop me from making a bright and sunny breakfast though! Last night I made a simple dinner of grilled boneless chicken thighs and I roasted a tray of sliced fresh Brussels sprouts and some grape sized red skinned potatoes for hubby. I had a bowl full of leftover roasted sprouts that I decided to use for breakfast this morning. I also had about 1/4 pound left of thinly sliced Boars Head Corned Beef that I used earlier in the week to make my Reuben Roll-ups. I cut the leftover corned beef into thin strips, added 1 teaspoon of olive oil to a nonstick skillet and browned it. When it was browned and had begun curling up (much like bacon), I added my leftover roasted sprouts and tossed them around until everything was heated. While my sprouts and corned beef were getting cozy in the pan, I fried eggs in a separate skillet with a bit of Kerrygold butter. I plated my Corned Beef & Sprouts Hash and topped it with a fried egg and a generous grind of black pepper. For my hubby, I tossed in the few tiny red potatoes that I halved into the skillet with the remaining sprouts and corned beef and served his "potato-sprouts-corned beef hash" alongside his eggs. Everybody was happy...including Spike who had his own fried egg and a few little bites of corned beef. I must say that even though I am not a big corned beef fan, slicing it into strips and browning it was absolutely delicious and I will actually use it in the future to toss in with other roasted veggies for flavor. Try it sometime...it transforms into a milder bacon when prepared that way. It was the perfect breakfast for St. Patty's Day. Check it out below. Enjoy! 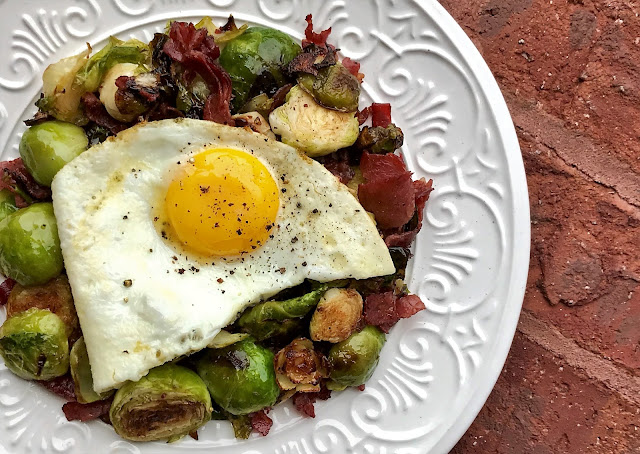 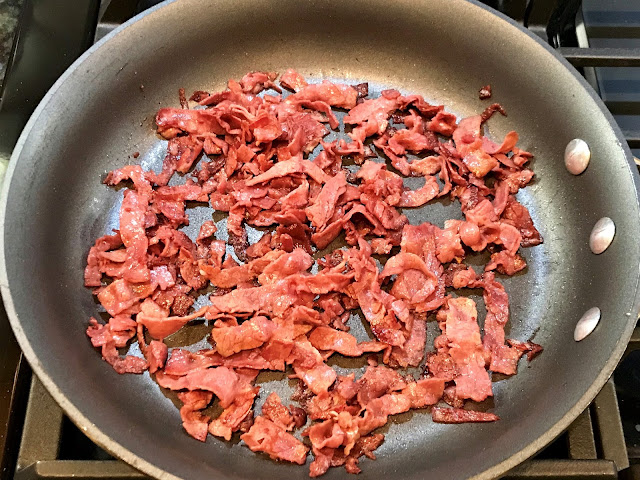 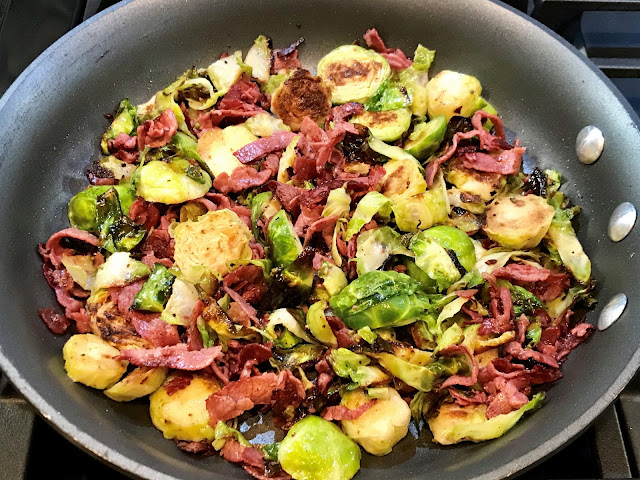 Posted by Gourmet Girl Cooks at 11:08 AM