This evening I had hopped to grill chicken but it began to rain on my way home so I had to come up with another plan. I decided to make pizza since we haven't had that for a while. I've been wanting to experiment with my Cheese Head Pizza Crust recipe by making a cheddar version. I decided to make a Southwestern Style Cheddar Crust version by using half sharp cheddar along with the mozzarella cheese in the crust and adding smoked paprika, chili powder, roasted ground cumin, dried oregano and a bit of cayenne pepper. Not only did it add flavor, but it also added a beautiful color to the crust as well. I recommend using sharp cheddar if you want to be able to taste the cheddar flavor in the crust. I used regular pizza sauce (Muir Glen), a mixture of cheddar and mozzarella on top, red and yellow bell peppers and to keep the Southwestern theme, I diced 2 Aidells Poblano and Queso Freso Chicken Burgers (pre-cooked) and lightly browned them a little bit in a skillet since I didn't have any taco meat to put on top. This would be the perfect way to use leftover taco seasoned meat. I added thinly sliced Vidalia onions to my half of the pizza since hubby doesn't like onions. It turned out delicious and it was a way we could enjoy both Mexican and pizza in one fell swoop. Hubby enjoyed it as well. We have plenty left. I cut my rectangular pizza into 12 squares and we usually 2 or 3 pieces max because it is quite filling. I snapped some photos below as well as included the easy peasy recipe. If you've already made my Cheese Head Pizza Crust before, this is the same with a few tweaked ingredients. Enjoy! 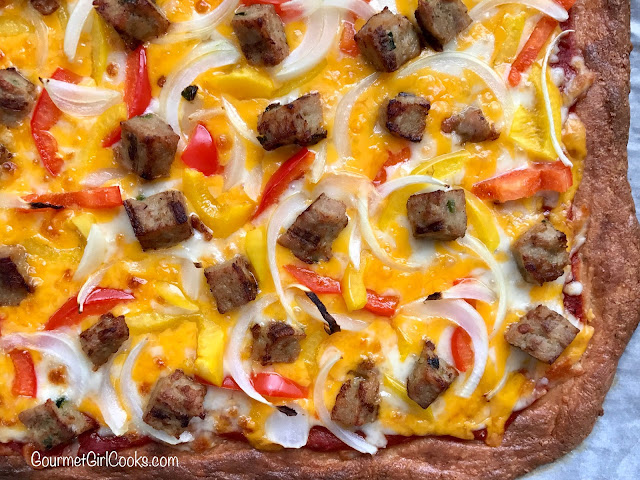 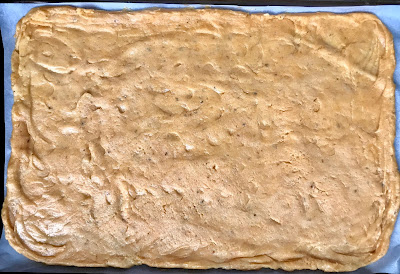 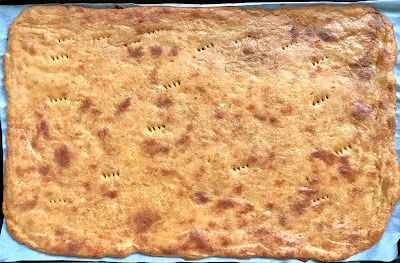 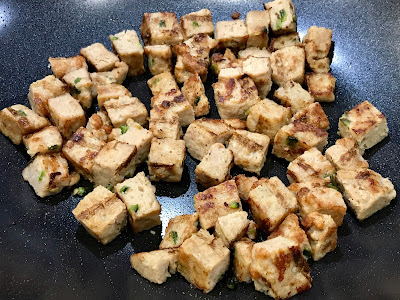 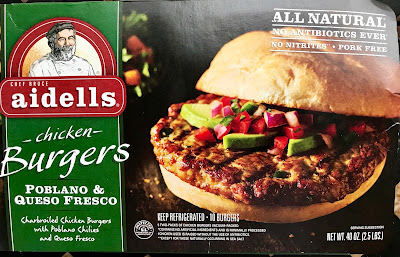 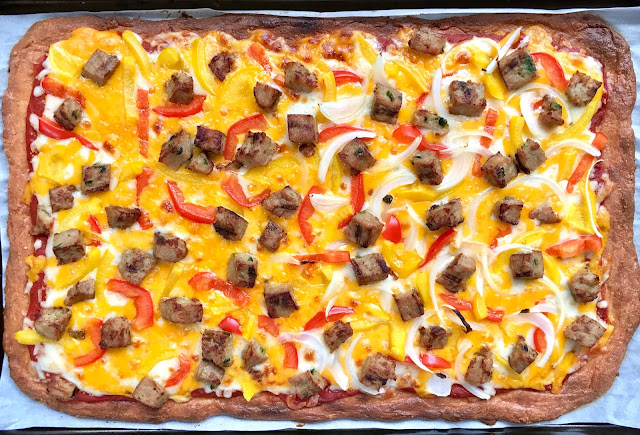 Place mozzarella and cream cheese in a medium bowl. Heat cheese in microwave on high for 45 seconds; stir and heat an additional 30 to 45 seconds or until a hot melty mass of cheese is formed.

While cheese is melting in microwave, stir almond flour, Parmesan, and seasonings together in a small bowl. Add flour mixture and egg to bowl of hot melted cheese. Working quickly, fold and stir mixture together with a rubber spatula until a ball of dough is formed (make sure cheese mixture is hot before adding flour and egg).


Place ball of dough in center of parchment lined baking sheet. Using oiled hands to press out dough, or pouring oil on top of the dough after placing it in the center of baking sheet using a rubber spatula to press and spread the dough out evenly. If necessary, lightly oil the rubber spatula to keep from sticking. Press dough out into desired shape (round, oval or rectangular) until about ¼-inch thick. Prick holes all over crust surface with a fork to prevent crust from bubbling up. Bake for 10 to 15 minutes or until golden brown (rotate pan half way through for even browning). Remove crust and top with pizza sauce, additional cheeses, and any desired toppings. Bake an additional 5 to 7 minutes or until heated through. If desired run under broiler for a few minutes.

Hallo Ayla, nice to have you posting again ! My entire family does not like spicy food ! We moved from our beloved San Francisco Area(it almost killed me , literally), to be close to my grandchildren and youngest daughter. So weather I like it or not , I do a lot of cooking! It has to be suited for young children . My hunch is that this pizza would be too spicy for them ? This version looks so inviting !But then all your food does !

Do you think that you could freeze the crust? I think it would need to be cooked first though, don't you think? I am single and this is way too much pizza to cook, even with leftovers :>. Thanks, Jackie