Happy Sunday!  This evening we celebrated my son's girlfriend's birthday with one of her favorite meals, Shepherd's Pie -- I made a version just for her last year on her birthday -- and named it after her.  I decided to make it for her again this year.  I also made a separate small low carb version of Sheri's Shepherd's Pie for me too!  I am the only low carb, grain free person in the house -- and most of the time I make things that everyone can eat -- but birthdays are always an exception -- which means the majority rules!  It was super easy to set aside most of the ingredients for myself when it got to the point of adding some of the "no-no's" for me.  I topped my low carb shepherd's pie with my "Cheddar Cauliflower Mash" instead of the cheddar mashed potatoes I topped theirs with.  I quadrupled the recipe so they would have leftovers to take home with them too (as well as be able to separate some of it for my low carb version too).  I made Black Pepper Cheddar Biscuits to go with their shepherd's pie.  I baked her a "Too Much Chocolate" birthday bundt cake that I will post pictures of (below the low carb meals so nobody has to look at it unless they just want to take a peek).  I'm posting the recipe below for a regular size version of Sheri's Shepherd's Pie (Low Carb) and putting the link to the "regular version" below as well so you can see the modifications I made. The low carb version turned out awesome and I honestly did not miss anything.

This afternoon, I also created "Pumpkin Pie in Cinnamon Hazelnut Crust" as well as a mini "crustless pumpkin pie" for me to eat this evening while they enjoyed the birthday cake.  Besides posting a picture and recipe for Sheri's Shepherd's Pie (Low Carb), I'll also post a photo of the crustless pumpkin pie I had this evening too.  Tomorrow I'll post the recipe and pictures for the Pumpkin Pie in Cinnamon Hazelnut Crust...so stay tuned!  Enjoy! 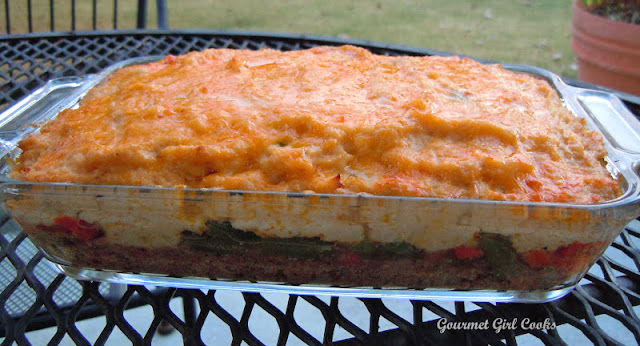 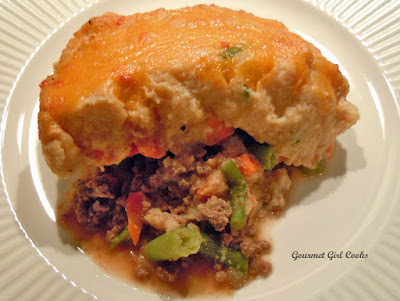 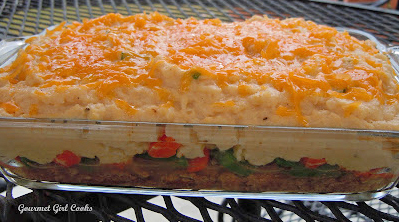 
For the Topping
1 recipe of Cheddar Cauliflower Mash (recipe below)

Make recipe of Cheddar Cauliflower Mash (recipe below) and set aside.

Bring a large pot of salted water to a boil. Add carrots and cook until tender but still firm, about 15 minutes. Drain, mash and set aside. Preheat oven to 375 degrees.

Spread the ground beef in an even layer on the bottom of a greased 2-quart casserole dish. Next, spread a layer of mashed carrots; then sprinkle cooked green beans evenly over the carrots. Top with the Cheddar Cauliflower Mash mixture and sprinkle with remaining shredded cheese.  Bake in the preheated oven for 20 minutes, or until golden brown.

Place cauliflower and chicken stock in a medium sized saucepan.  Cover and bring to a simmer of medium-high heat and cook until completely tender (about 10-15 minutes).  Cook until most of the chicken stock cooks off while the cauliflower cooks (until the pan is almost dry; careful not to scorch).  Add garlic powder, salt and pepper, to taste; stir in cream and puree with an immersion blender until completely smooth (or use a food processor).  Stir in the cheese and mix well until melted and well blended.  Stir in sour cream and taste to adjust seasoning.  Stir in chopped green onion tops.  Set aside. 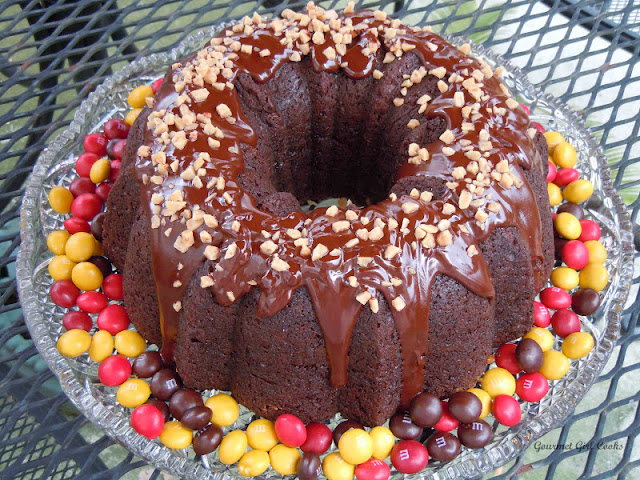 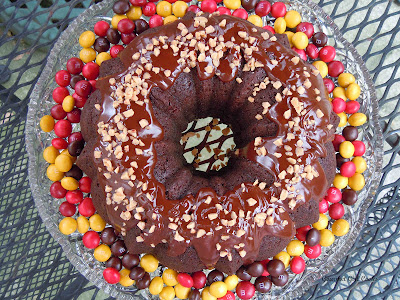 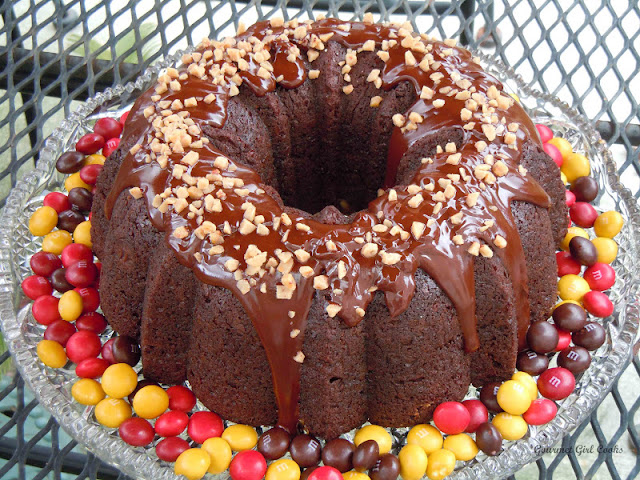 I am so glad I found your blog!! What tasty recipes you show here...I found you through the Wheat Belly Blog...I just signed up to follow you by email.

I second Cynthia's comment! I found you through wheat belly and I've pinning some of your recipes on pinterest so I won't lose them. Cannot wait to try these!

Thanks Amanda -- hope you enjoy whatever recipe you decide to try out! :-)

Made this Shepherd's Pie for supper tonight with the Black Pepper Chedder Biscuits. Turned out just fantastic. Chopped up some carrots and celery with the onion instead of rhe layer of carrot mash. Used zucchini instead of green beans as that's what I had. Everybody loved it. Will definatly be making again. Thanks for the great recipes.