Today was a beautiful day out, although it clouded up and began raining later this evening.  Hubby and I ran our errands and did our Costco run and then went for a long walk since it was so nice; we walked for over an hour and then came home and took Spike for his walk, too.  Since we've had so much rain recently, the flowers in the yard are particularly beautiful, so I snapped a few photos.  Both boys came for dinner tonight so I made Zucchini Lasagna for dinner.  Hubby grilled the zucchini slices for me -- when possible I prefer to grill them to give them extra flavor.  It was simple to make. I sliced 5 large zucchinis lengthwise into 1/4" thick strips and then brushed with olive oil and seasoned them with salt and pepper and hubby grilled them until fork tender.  I decided to add meat to the lasagna tonight.  I browned 1 pound of ground sirloin with some diced onion and seasoned it generously with salt, lots of black pepper and a dash of cayenne and then added fennel seeds to give it a sausage-like flavor.  I snapped a few photos of our meal along with a few photos of my flowers. The recipe for the lasagna is below -- the amounts of ingredients are according to your own taste; you can add more or less cheese.  I used 1 pound of ground sirloin, 1 pound of ricotta, 1 pound of fresh mozzarella, and 6 large slices of provolone.  I topped the lasagna with about 1/2 cup of Parmigiano Reggiano before baking.

This is the order I layered everything:

I baked it in a 375 degree F oven for about 35 minutes.  I used one of my favorite jarred pasta sauces by DelGrosso and used the entire jar since it was a larger pan of lasagna.  It's important not to make the lasagna too saucy since the zucchini noodles don't absorb sauce the way traditional noodles do, and you don't want it to be too sloppy when you cut it.  You should let it sit for about 30 minutes for the cheeses to cool down a bit so it isn't super hot and it can set so your lasagna doesn't slide all over the place when cut (we only waited about 20 minutes so it didn't cut quite as cleanly as it usually does). 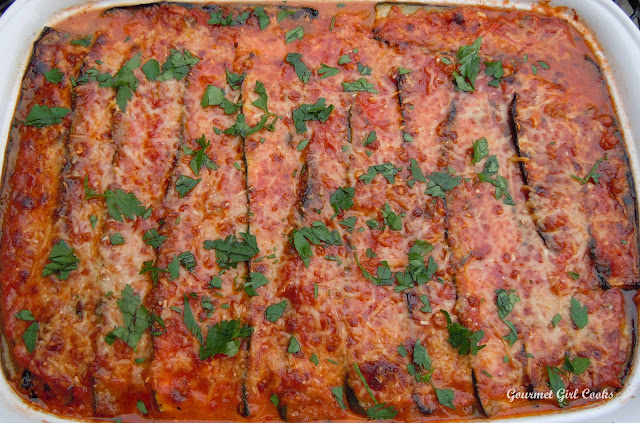 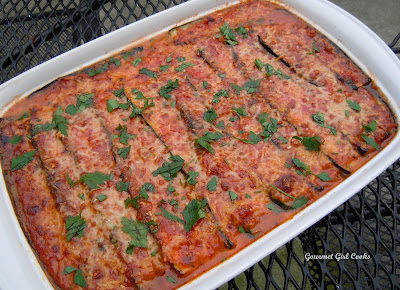 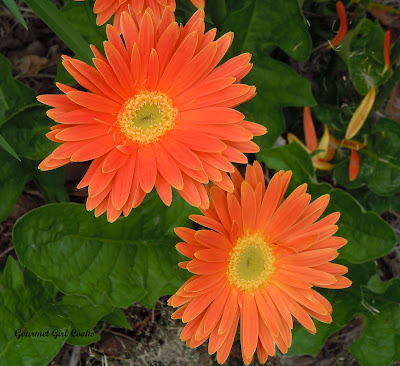 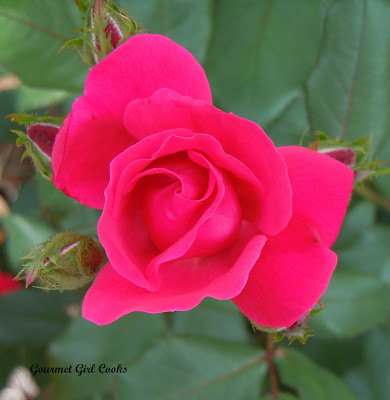 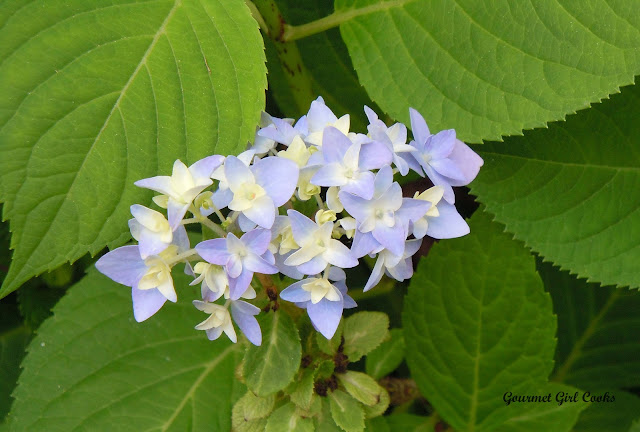 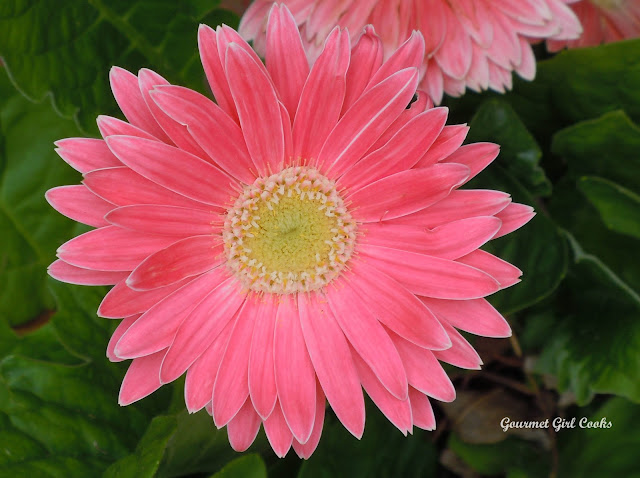 what a great idea!!!

Hi GG, You proved again that you do not need to spend a dime on a new Camera! Beautiful photos , one can almost smell the fragrance of the flowers.
The lasagne looks inviting!
Thank you GG and have a wonderful Mother's day with your hubby and sons! Be well, Barbara from California.

Thanks, Barbara! I awoke to a picture perfect day here -- blue skies, and a cool morning...going to go out and enjoy a walk before breakfast! Have a wonderful day today! :-)

I have a question re the lasagna: I always let it set 20-30 min after baking per your instructions. Is it supposed to be covered during this time? Because usually when we eat it we find it's cooled down more than we like. Last time I made it I did cover it loosely with foil, but it still wasn't really warm enough. Just wondered how you do it! Thanks!

Hi Darlene! I usually don't cover it -- the layer of cheese I put on the top I think helps hold in some of the heat. If you are able to cut it okay, then 20 minutes is fine. It probably also depends on what type of casserole dish you cook it in -- some hold heat more than others -- my heavier LeCreuset holds heat the most -- last night's Corning casserole didn't hold it as much. Do you think your casserole is getting totally hot all the way to the center while it bakes? I always run mine under the broiler near the end for a few minutes until the top cheese is bubbling.

I don't have a really "good" dish, I usually use my Air Bake pan or a glass one. I'll try adding more cheese on top next time. Does it hurt to cover it though? Thanks for your suggestions!

Hi Darlene! It doesn't "hurt" to cover it -- my only concern would be if it created steam/moisture that might make it juicier for cutting purposes. If you don't have any problem with it being too juicy and you are certain it is getting HOT all the way to the center, then it shouldn't be any problem at all -- if not, you can add another 5 minutes or so to make sure it is piping hot in the center when you pull it out. The good thing is, since this lasagna doesn't have any raw eggs mixed into the cheese layers like many recipes do, you don't have to worry about it cooking to the center since everything is already precooked! Hope that helps! :-)

Making this now! Can't wait to eat it. Eliminated the provolone and used less cheese all around (I'm supposed to be dairy free but darn it I just had to have the ricotta and mozzarella. Plan to serve it over noodles for my boyfriend but will eat mine as is--I'm sure it will be fabulous. Thanks!!

I hope you enjoy it Aubree! Make sure you let it cool down a little so it doesn't slide around with the super hot melted cheese! :-)

Great recipe. We eat minimal grains and I will be looking for more than a few ways to use up the abundance of zucchini that is soon to come.

Hope you enjoy it, Jane! I love it. I also have oven baked zucchini fries that are good, too! Have you made zucchini noodles to eat as "spaghetti"? If not, those are great also. :-)