Both hubby and I were off today and it turned out to be such a beautiful day to be off...sunny, breezy and warm. We took our little bichon, Spike, to the vet for his annual check up and vaccine early in the morning and then headed out to do our Costco run and some other errands so we could take advantage of missing the weekend traffic and crowds.  We began our adventure at the Penzeys Spices Store.  If you have one nearby, it's worth going to.  I came home with a bag of new spices to try.  One of the items I picked up was Ceylon cinnamon...it is absolutely my favorite cinnamon.  Most cinnamon sold in grocery stores is Cassia cinnamon...Ceylon is a much more delicate cinnamon...I like to use it in my Greek yogurt with a little bit of stevia every morning for breakfast during the week.  Our next stop was Trader Joe's which just happened to be in the same shopping center.  I don't shop there very often because it is on the other side of town and just not convenient.  I picked up some baby Bok Choy there to grill for dinner tonight...I have always wanted to try grilling it.  I picked up a few other items and then we headed to the Costco that was up in the same area.  I lucked out and hit the "fish lottery" again this afternoon, because they had beautiful wild Pacific halibut that I picked up to make for tonight's dinner.

Dinner was simple, fresh and delicious.  I made a simple marinade for the baby Bok Choy by zesting and juicing a lemon and lime and then mixing it with about 1/4 cup of olive oil, sea salt, pepper and some Tamari sauce.  I brushed it on the Bok Choy before grilling and then again after it was cooked and I then pulled it off the grill...well, only 2 of the 4 baby Bok Choy's survived...hubby dropped the other 2 on the ground when pulling them off the grill. I pan seared the halibut after patting dry with paper towels, seasoning both sides with sea salt and black pepper and then cooking it in a hot skillet in a little olive oil for about 3 minutes on each side.  I then transferred them to a plate and covered with foil while I prepared the simple sauce.  I decided to give the sauce a little Asian flair.  I zested and juiced 2 mandarin oranges which produced about 6 tablespoons of juice and then reduced it in a small saucepan by almost half; added a splash of Tamari sauce; then removed it from the heat and whisked in 1 to 2 tablespoons of Kerrygold butter.  I drizzled the sauce over the halibut fillets, sprinkled with a little mandarin zest, toasted sesame seeds and a few sliced green onion tops.  I sprinkled the Bok Choy with toasted sesame seeds and a little lemon and lime zest...and "Boom"...dinner was served!  I snapped a few photos for you to see below.  Enjoy! 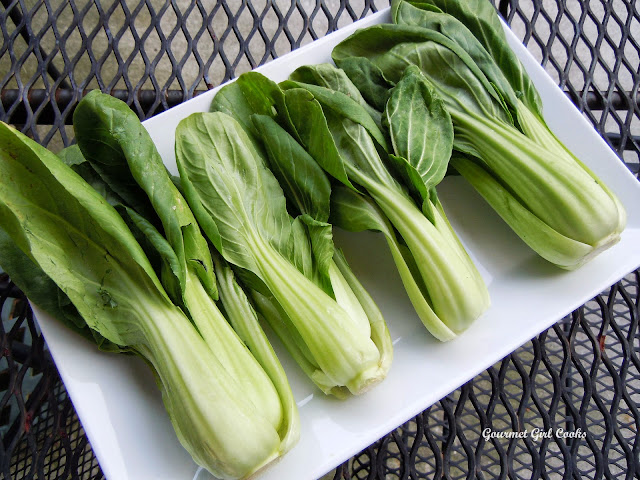 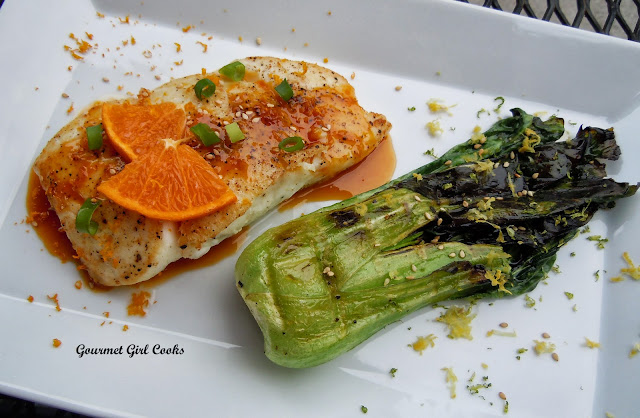 The images are simply fantastic. If you are thinking to prepare those recipe. Then CLickrecipe