Happy Wednesday! We awoke to another beautiful cool and breezy morning here at the beach today, but it's supposed to get hot as the day progresses. When I made last night's brussels sprouts for dinner, I used a 2-pound bag and prepared only half of them as roasted sprouts for our veggie last night and went ahead while I had the cutting board out and the sprouts rinsed and simply prepped the remaining pound to use to make breakfast hash with this morning. I stemmed and thinly sliced 1 pound of small fresh brussels sprouts (about 1/4" thick) and placed them in a bowl, covered and refrigerated to use this morning. When I got up this morning, I added about 1 tablespoon of water to the bowl of thinly sliced sprouts, covered it with a glass lid and steamed them on high in the microwave for about 5 minutes until they were bright green and somewhat softened. While the sprouts steamed, I began cooking about 1/3 cup of thinly sliced Vidalia onion in a little light olive oil in a large skillet over medium-high heat, stirring frequently until they were translucent. I diced the remaining 4 pieces of oven roasted Applewood smoked bacon left from breakfast a few days ago and tossed them into my skillet along with the onions and then spooned the steamed sprouts into the skillet, added a bit more oil and began browning the sprouts/onion/bacon until it was dark and golden...and "hash-like". I seasoned it generously with freshly ground sea salt and cracked black pepper. When the sprouts were almost cooked the way I like them, I added some butter and tossed it around. I served our Brussels Sprouts-Bacon Hash topped with a fried organic egg lightly sprinkled with some shredded sharp cheddar cheese. To go with my hash and egg breakfast, I mashed a couple of overripe strawberries with a fork in a small bowl and added some Greek Gods plain yogurt and a few drops of stevia and mixed it together to eat with my meal. It was a top 10 breakfast...even hubby enjoyed it! When I told him I was making "Brussels Sprouts-Bacon Hash"...he sort of turned up his nose and said "greaaaaaaaaaat"...but not with too much sincerity. I am happy to report that not only did he like it...he scraped up every single bite on his plate! As much as I used to like regular hash browns made with potatoes...I honestly could not enjoy them any more than I did these made with brussels sprouts. They were awesome! I snapped a few photos for you to see below. Now...back to the beach! Enjoy! 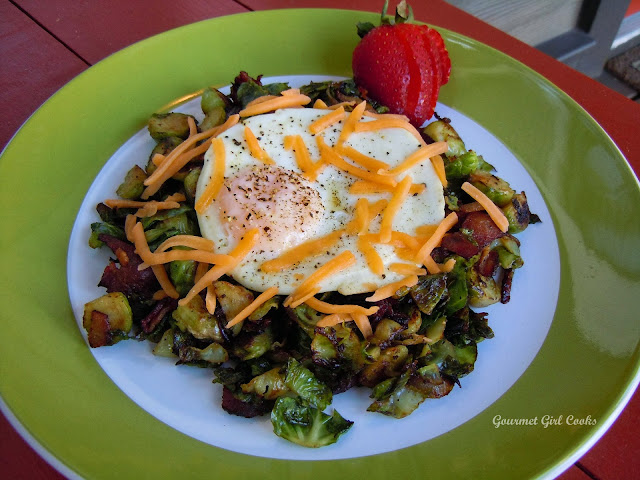 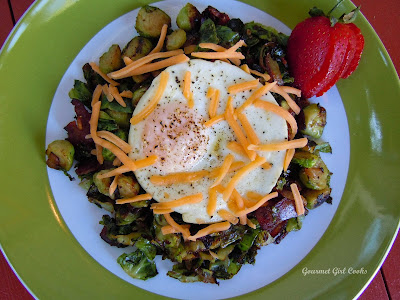 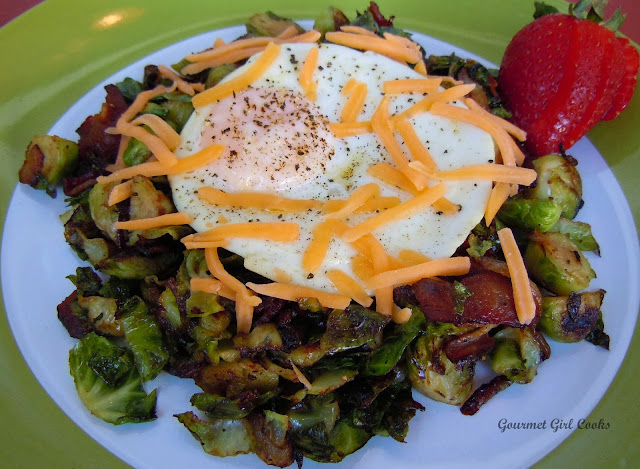 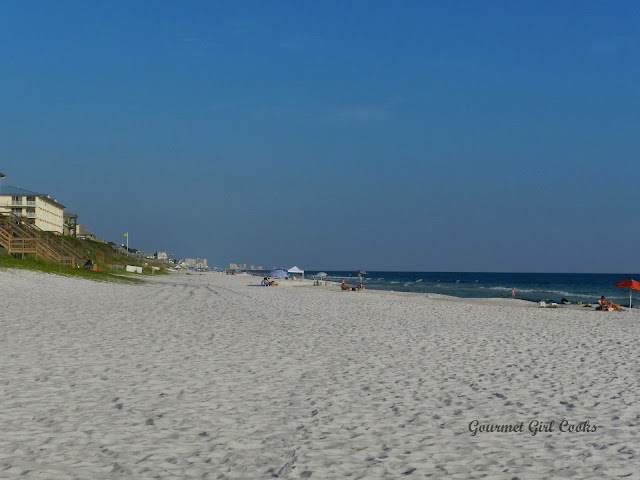 Was the bacon already cooked when you diced it up and added it or did you add it to the skillet raw? This looks fabulous and I'm hoping to try it today. Thanks for all the great ideas!

Hi Tessa, I used leftover cooked bacon to cut up -- but you could easily use raw and brown it first, then add the onions and cook them in the bacon drippings and then add the lightly steamed sprouts to brown and finish cooking. Hope you enjoy it! :-)