Hubby and I were off today so we ventured into the city to do some shopping before the craziness of the holiday weekend began. I finally made it to Sur La Table which has several locations here in Atlanta. There is so much there to look at, it's almost overwhelming. While we were at the mall, I looked to see how close we were to the Costco near there and it turned out we were only about a mile away. Mind you, I went to my local Costco last night after work, but I love popping into other Costco's when I'm nearby because they all carry different items, even within the Atlanta area. For instance, the Costco we went to in town today had Wild Alaskan Smoked Sockeye Salmon that my regular Costco didn't have last night, so I picked some up. There were many other different things at the one we visited today; lots more organic cheeses, raw milk cheeses, Kosher items, seafood, etc. I only intended to quickly pop in and out of the Costco today so we could get on the road out of town before rush hour traffic began (particularly with this being a 3-day holiday weekend) but ended up spending more time than I planned (no big shock here...LOL). Even though we left around 3:00...we got stuck in horrible traffic. We forgot that those that actually worked today would more than likely be leaving earlier than usual.

While shopping at Costco last night (yes, we went 2 times in 2 days)...LOL, we picked up the most beautiful piece of Wild Pacific Halibut. It was a huge piece and pricey because of it's size, so I decided to think about it while we shopped. Before we left I went back and got it. I cut it up into 6 generous portions (it was 3-1/2 pounds). I prepared 2 pieces for dinner tonight. I simply seasoned it with salt and pepper on both sides and then pan seared it for about 4 minutes per side in a 50/50 combination of butter and olive oil over medium-high heat. I debated about making a quick sauce to put on top and remembered that I had about 2/3 cup of leftover tomatillo cream sauce in the fridge from making my Chicken Suiza Pie the other night. I heated that sauce in a small skillet and added about 1/4 cup of additional crushed tomatillos to make it a bit more tangy and then added a pinch of sea salt and dash of ground chipotle pepper and spooned it over the halibut when I served it. It was so delicious. Instead of adding the traditional tang of lemon usually added to fish, it was the tang from tomatillos softened by the creamy sauce that worked nicely without overpowering the delicate halibut. I prepared easy Brown Buttered Brussels Sprouts & Pecans to go with our halibut. Since it was so hot and muggy here today, rather than roast them in the oven, I opted to brown them on the stovetop in Kerrygold butter with chopped pecans and shallots. They turned out great and because they were cooked and browned in butter, they were coated with the delicious flavor of browned butter. I snapped a few photos below and included the easy peasy recipe for the sprouts. Enjoy! 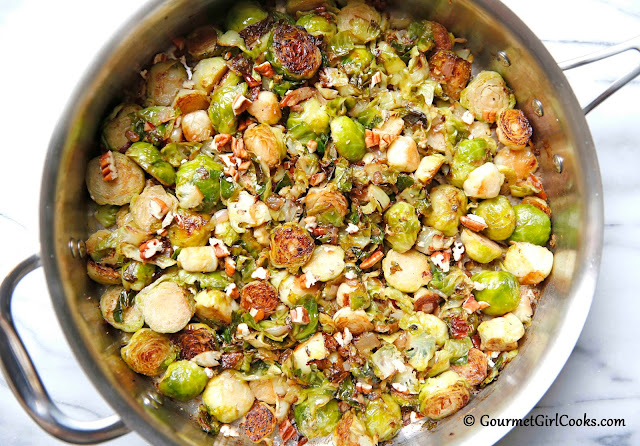 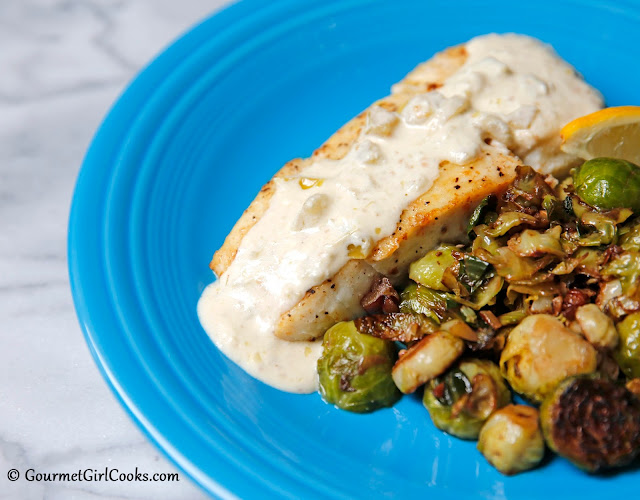 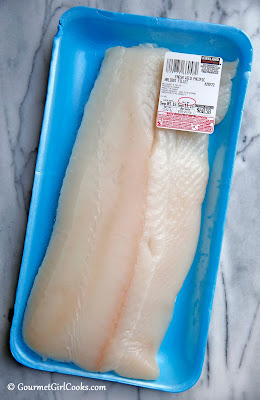 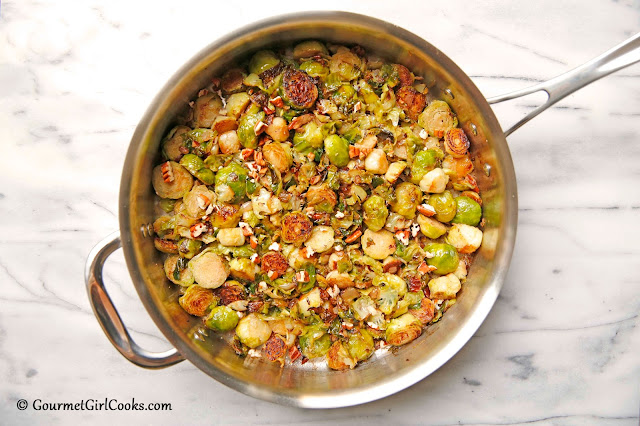