Happy Saturday and Welcome February! Here's to hoping February will be more kind to Atlanta than January was! Last night hubby and I did our weekly Costco run and got home late. I planned to make pizza for dinner last night but just wasn't in the mood after we got home...so instead, I swirled some of my Cranberry Coconut Sauce into Greek yogurt and called it dinner. I also had a few of my mini Cranberry Lemon Macaroon Muffins along with a cup of coffee. I will make pizza for dinner tonight instead. This morning I was in the mood for a good breakfast. I had a small 1/2-lb package of ground sirloin in the fridge, an open bag of fresh baby spinach, part of an onion and a container of big beautiful white mushroom caps. I decided that a nice big omelet was in order. I browned the ground beef well with diced onion, diced mushrooms and then tossed in a couple handfuls of fresh baby spinach and few heaping tablespoons of diced organic oven roasted tomatoes in oil (from Costco) for some added flavor. I seasoned my filling mixture liberally with Celtic sea salt and lots of freshly ground black pepper. I made a 2-egg omelet using cage free organic eggs and while that cooked, I shredded some sharp cheddar cheese. I topped the cooked omelet with a few heaping spoonfuls of the meat and veggie mixture and cheddar and then flipped it over in half in the skillet and slid it out onto my plate. I topped the omelet with more cheese and served it alongside a leftover oven toasted buttermilk biscuit. The best part about this breakfast-brunch omelet (other than eating it) is having plenty of the beef and veggie mixture left to top my pizza with later this evening! I snapped a couple photos for you to see below. Enjoy! 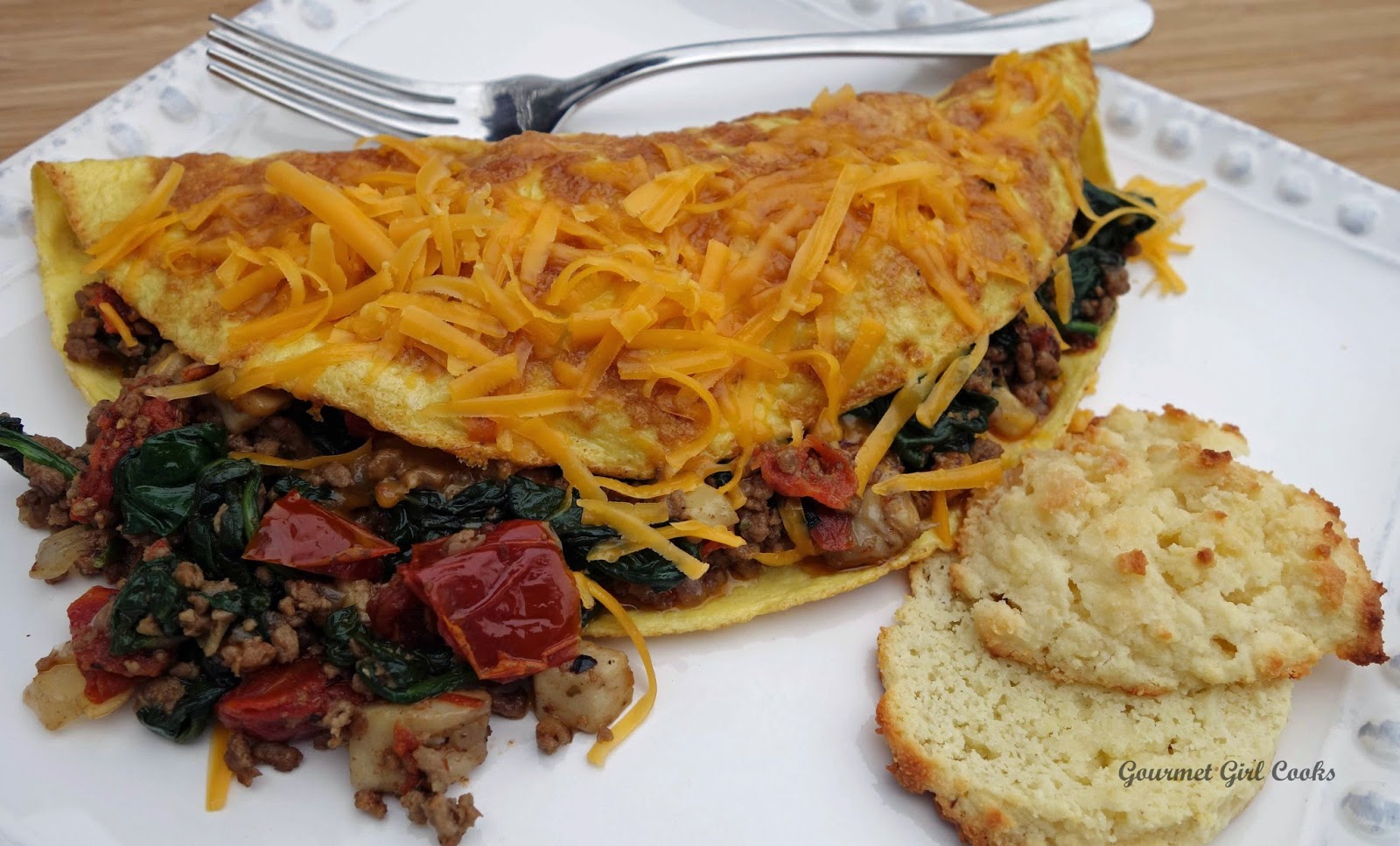 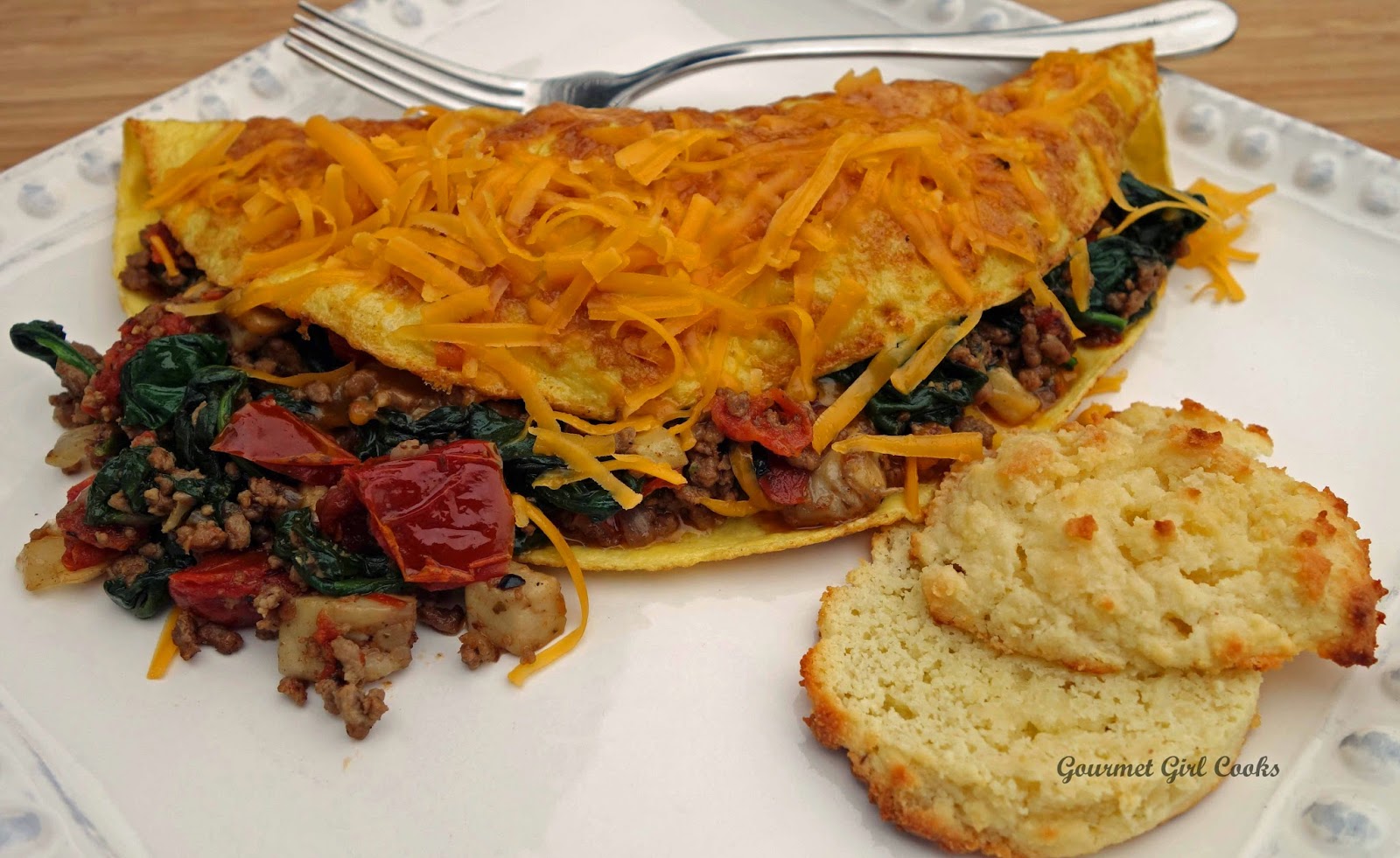 Posted by Gourmet Girl Cooks at 11:48 AM