This evening I made one of my favorite kinds of "fast food". I made Chicken-Apple Sausage & Sprouts using Aidells Chicken & Apple Smoked Chicken Sausage that I sliced and lightly stir fried along with a slightly over one pound of very lightly steamed baby brussels sprouts (I steam them in a tiny bit of water for about 3 to 4 minutes in the microwave before stir-frying with the sausage). It is such a simple meal that can be put together in just minutes and the combination of the smoky-sweet flavor of the sausage combined with the earthy and faintly bitter flavor of the sprouts just go perfectly together. Toss in a bit of butter and it's almost magical! Brussels sprouts are one of those types of vegetables that people either love or hate...or think they hate. Overall brussels sprouts receive a bad rap...but it isn't THEIR fault...it's more often than not the cook's fault (our mothers tended to boil them to death) so they morphed into little dull green stinkballs instead of the bright green beautiful little jewels they really are.

I find that many folks (including myself) that never cared for boiled brussels sprouts...absolutely love them when tossed with a little olive oil, salt and pepper and then roasted in the oven until their nutty flavor emerges. They are also delicious when lightly steamed (in very little water...no bathing allowed for these guys) and then either tossed with butter, or better yet tossing the lightly steamed sprouts into a skillet with some butter and stir frying them for a little bit until very lightly bronzed. Almost every time I post a meal or recipe where brussels sprouts are featured...I get comments like "yuck"..."ewww"....or "I hate brussels sprouts"...LOL. They are such controversial little green devils! While I was never much of a brussels sprouts fan before...I am a B.S. lover now!  ;-)  I snapped a few photos below of my simple dinner as well as a couple photos of the emerging spring flowers in my yard (viburnum and coral bells azalea). If you want the easy peasy recipe for my dinner, here is a link to this recipe where I also added in some red cabbage, too. Just omit the red cabbage and you will have tonight's meal...or better yet, if you have red cabbage in your fridge, toss some in, too! Here's the link to the recipe: Sausage & Sprouts. Enjoy!

P.S. -- Did you know that in the word "Brussels sprouts" that the correct spelling includes the "s" at the end of brussels? Many people mistakenly think that they are "brussel sprouts" (without the "s"). They are named after Brussels, a city in Belgium. Now, as to whether or not you should capitalize the "B" in brussels is a whole different story. Some experts say yes and others say no, it's not necessary. Personally, I have decided to just keep it "low key" and lower case!  ;-) 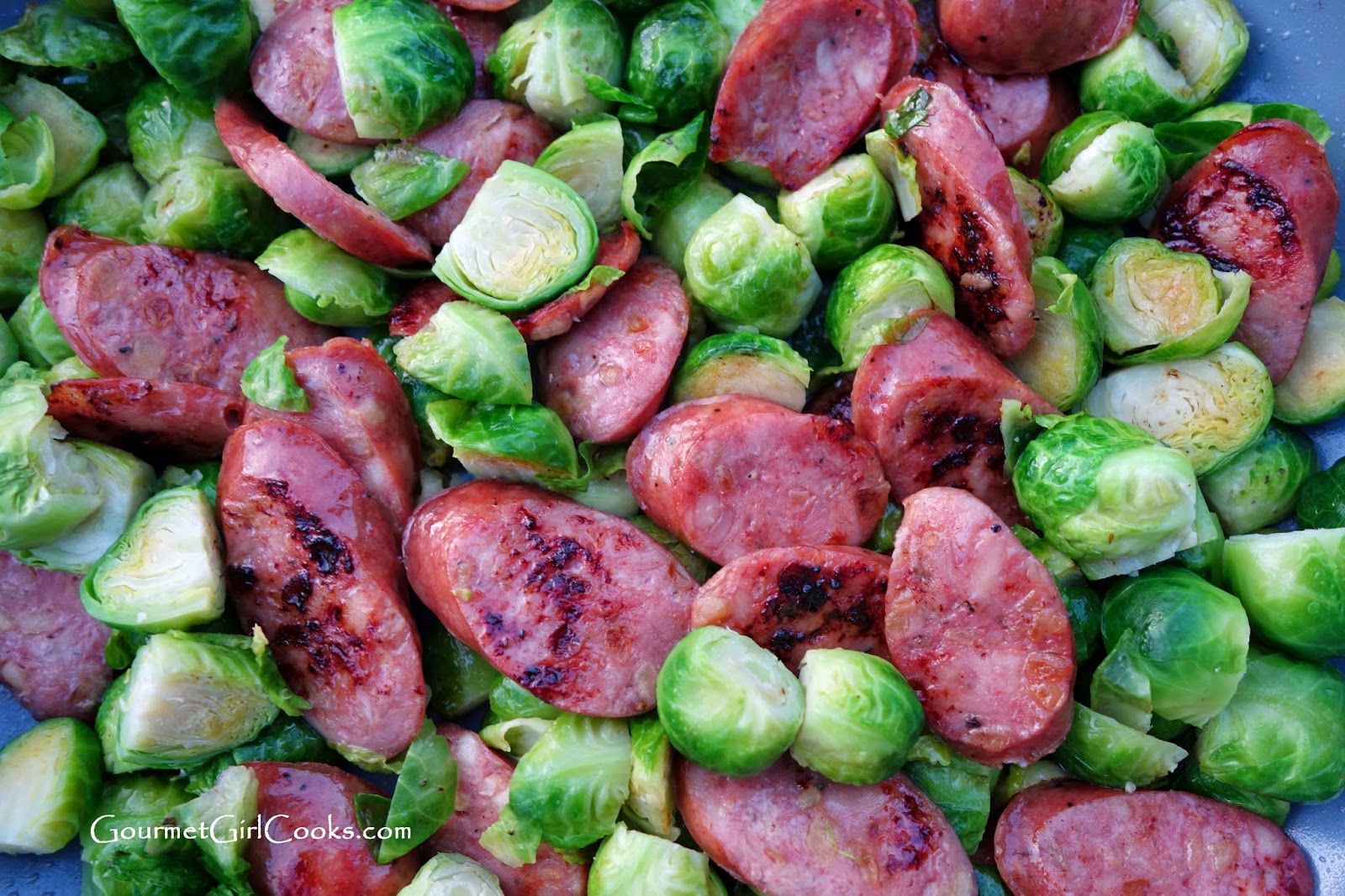 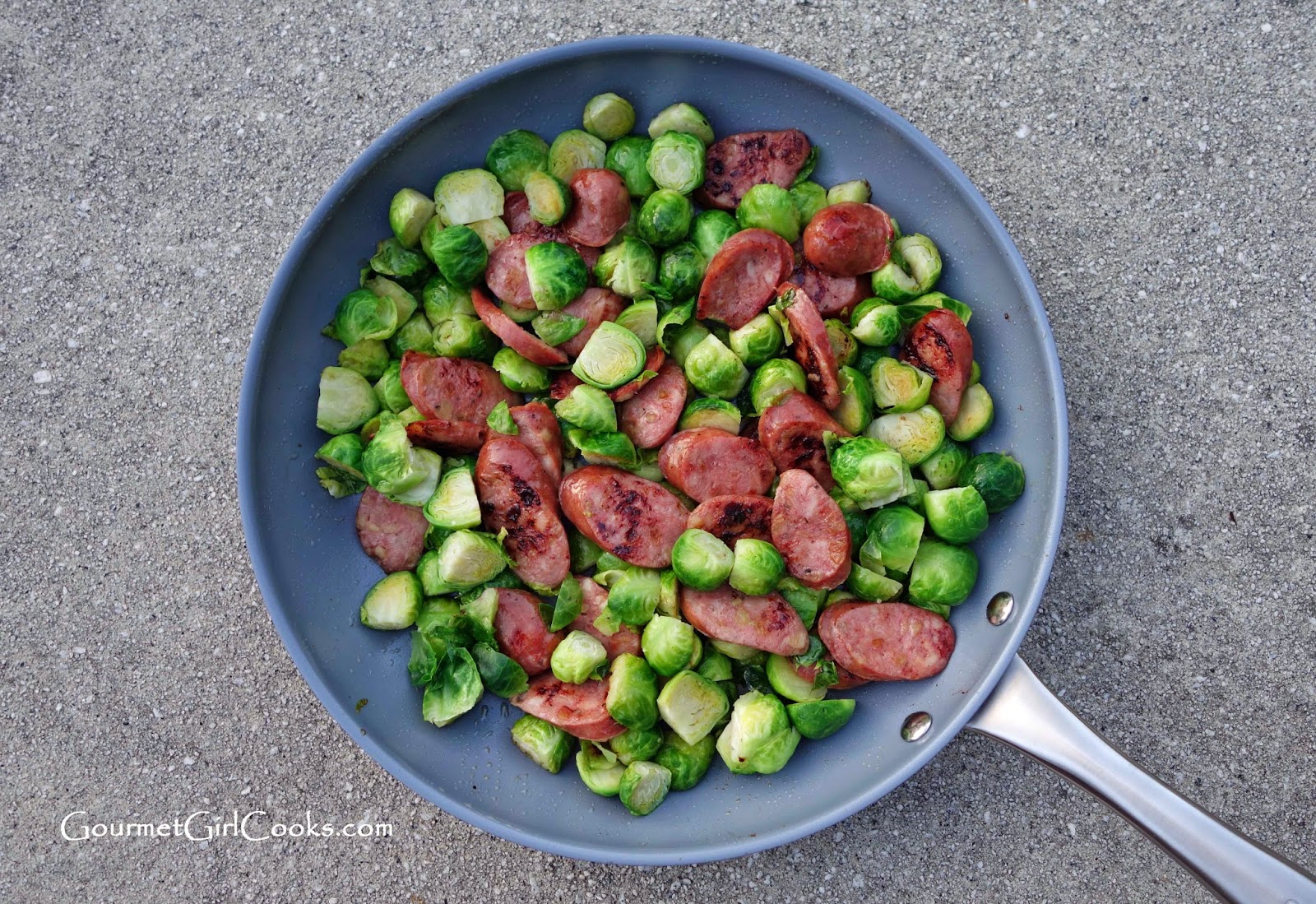 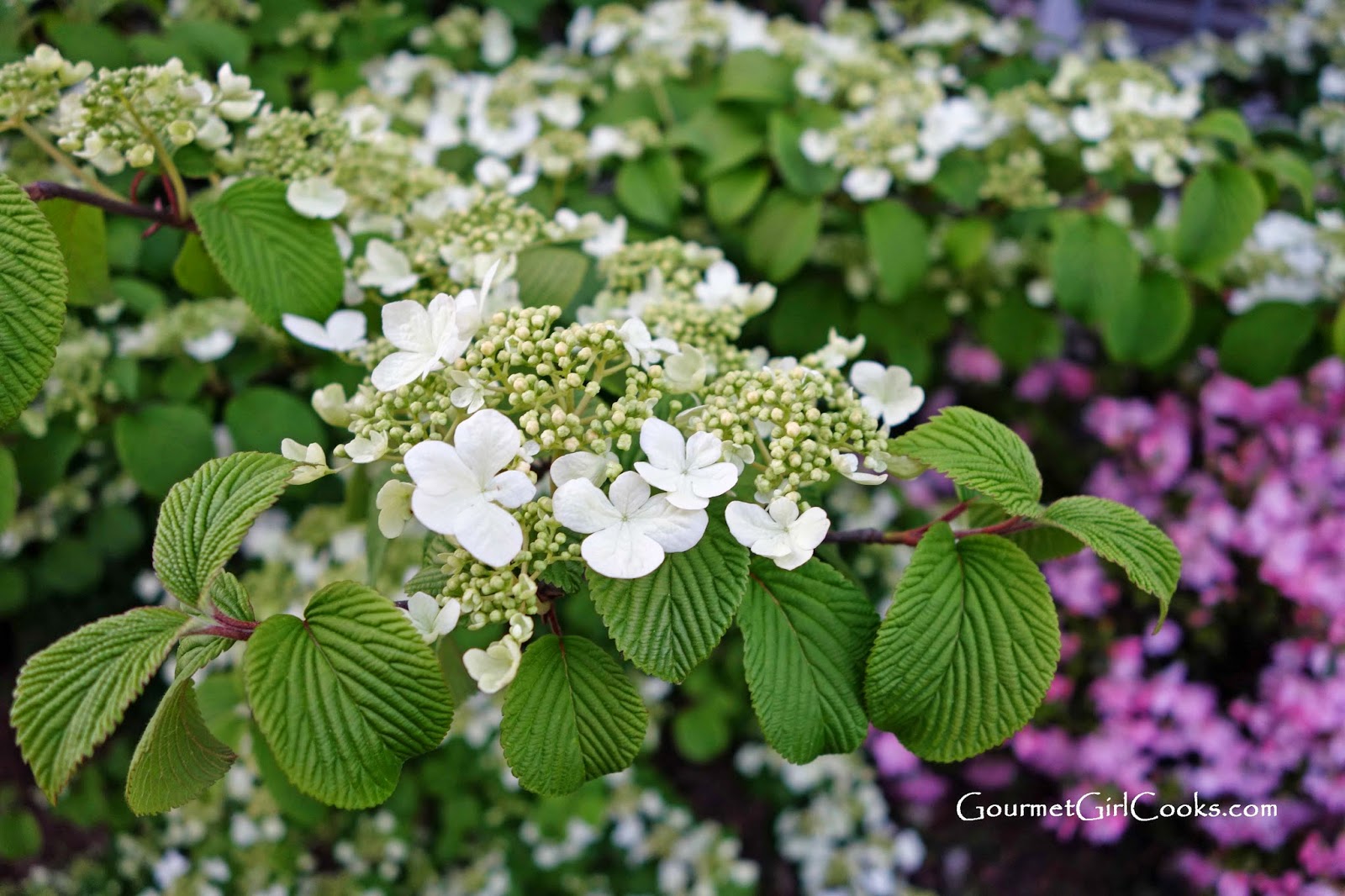 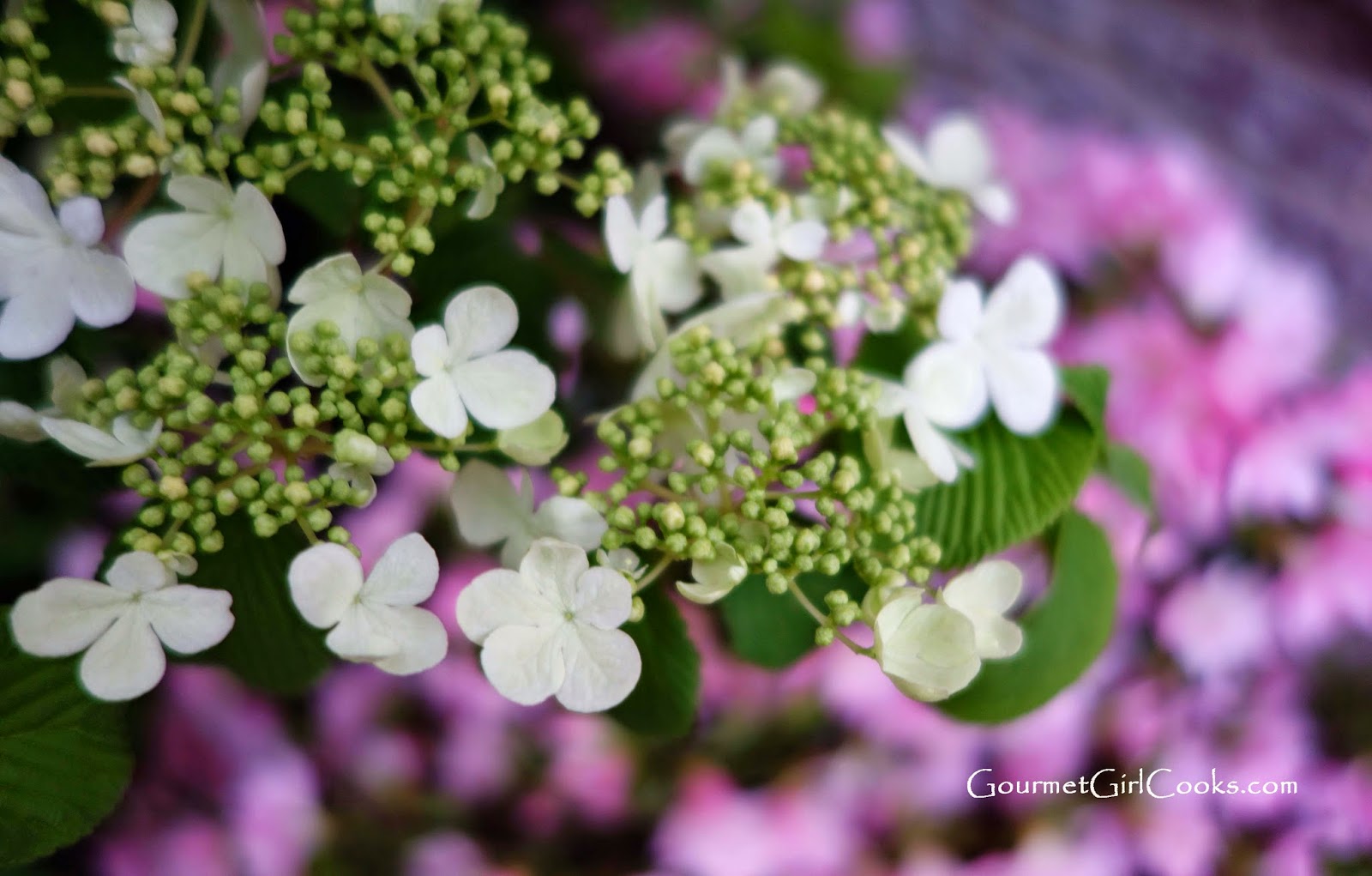 I am not sure if my previous comment took, so I will repeat it:

Brussels Sprouts is like French Fries. Each refers to a proper noun, that is, a specific place, and should be capitalized. Whether sprouts or fries is capitalized is a matter of taste (pun intended.)

Hi Erica -- That's what many of the grammar experts I read said -- but then I also read some that said while capitalizing is the "correct and proper" way...that more and more both Brussels and French were being used without capitalizing. Maybe it's the sign of the times (sadly) where so much of our communications are in "short sound bites, texts, tweets, etc.". We use so many made up abbreviations (but now correct according to the "urban dictionary"). I guess nobody remembers poor Merriam. It makes you wonder if anyone will be able to write or spell in 20 years! Love your pun by the way! I'm guilty myself of some "sloppy jalopy" stuff on my blog sometimes. The hazards of working all day...cooking every night, photographing it before we eat and then blogging about it before going to bed! :-)

What lovely flowers ... a sight for sore, winter-worn eyes. Our grass has a slight greenish tinge, and the small iris shoots poking up haven't gotten any bigger than when they first appeared poking up through several inches of snow! It's been trying hard to be spring, though, just hasn't quite made it all the way yet! Soon and very soon ...

Hi CyberSis! Our grass is trying to turn green (we have bermuda) but since it's a warm weather grass, it needs to be warm consistently. Our evenings are still cool (40s) so it is slow to green up. Our pollen counts are in the "thousands" from the trees, etc.

I'm hoping you will have warm weather soon -- it's a shame we can't enjoy our beautiful weather because of the heavy pollen. It's usually gone by the end of April. Hope you are doing well!!! :-)