Last night I was in the mood for my Spinach-Feta Pie...but it was much later than usual when I started fixing dinner (after 8:00 p.m.)...so in order to cut the prep and cooking time I decided to eliminate the crust. I made a different version of crustless pie with spinach and some of the other ingredients I had in the fridge. I made a Spicy Sausage & Spinach Pie using a couple of Aidell's Smoked Chicken Sausage Habanero & Pepper-Jack sausage links (each link is about the size of a chubby hot dog). I diced the sausage which made approximately 1 cup of diced sausage. I had a partial brick of pepper-jack cheese that needed to be used so I grated about 1 cup of that. In lieu of making a separate crust, I added some almond flour to my pie mixture to make a grain-free version of what used to be called "impossible pies" which are typically made with Bisquick mix. As it bakes, it makes its own very light crust-like exterior and the filling is more solid and not as "eggy" textured as a quiche. It turned out great. I garnished it with some strips of pepper-jack cheese in a flower shape in the center of the pie after it was done baking. We had it for dinner this evening, too, and there is still some left for my lunch tomorrow which is always a good thing. I snapped a few photos below as well as the recipe. Enjoy! 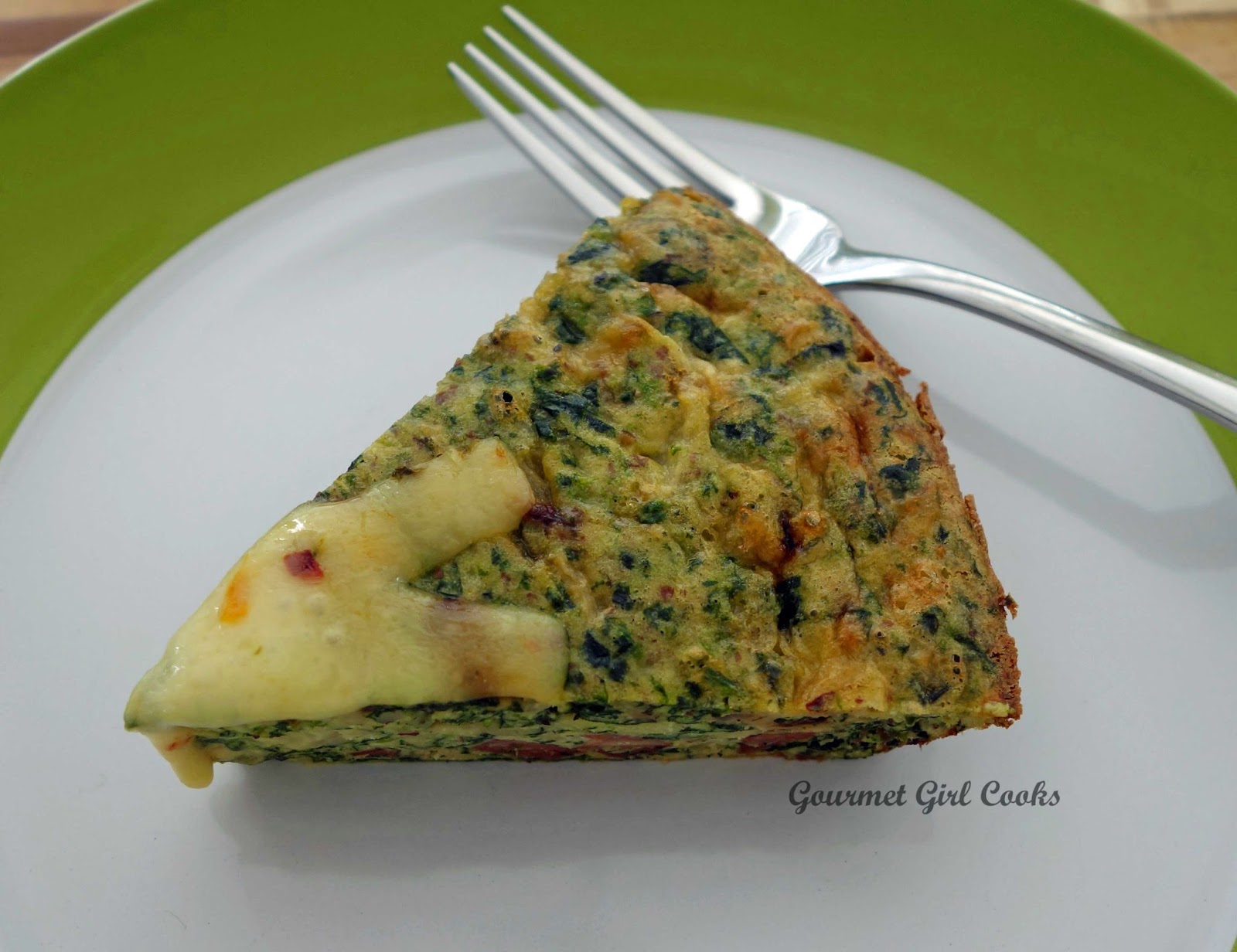 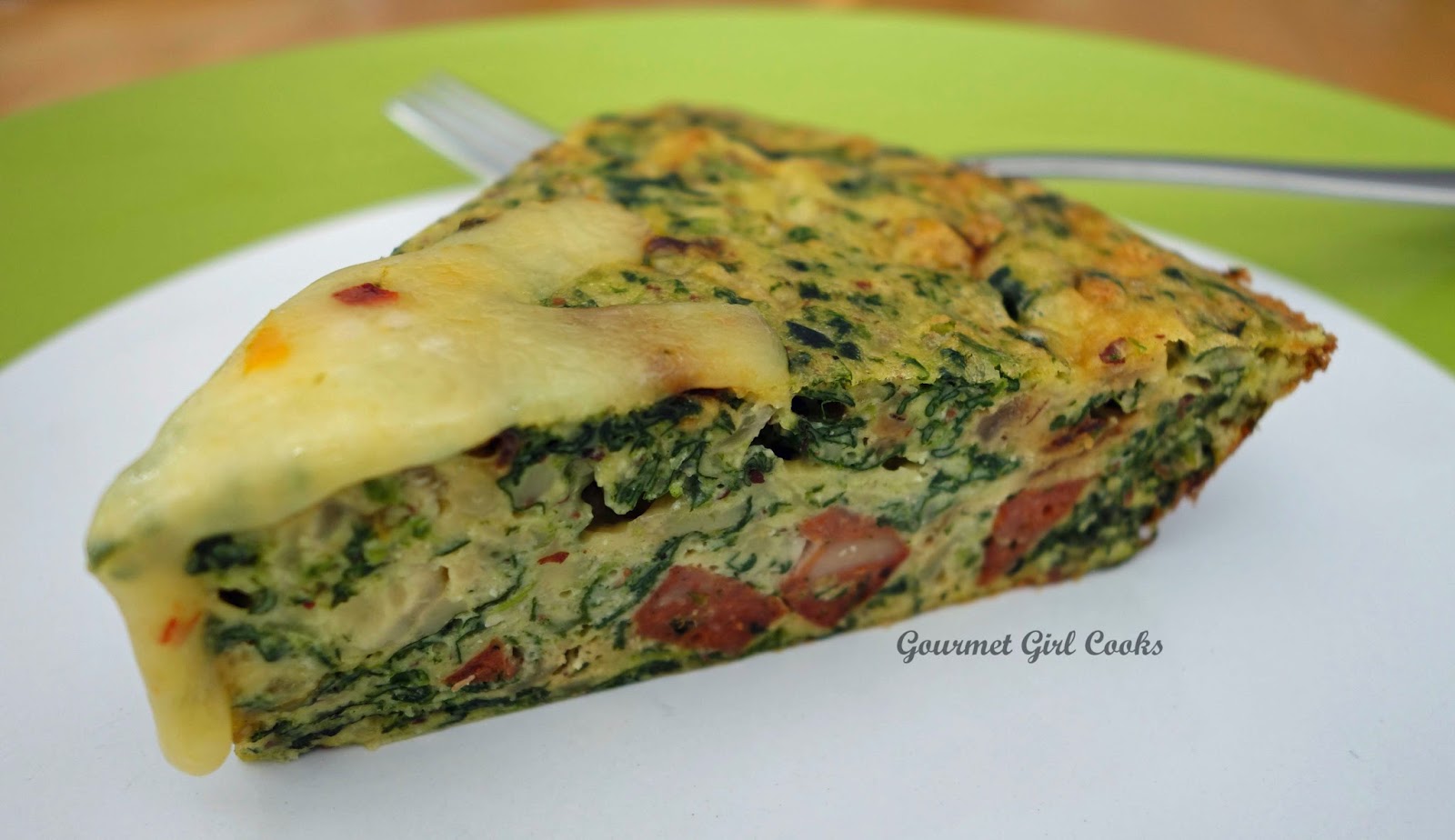 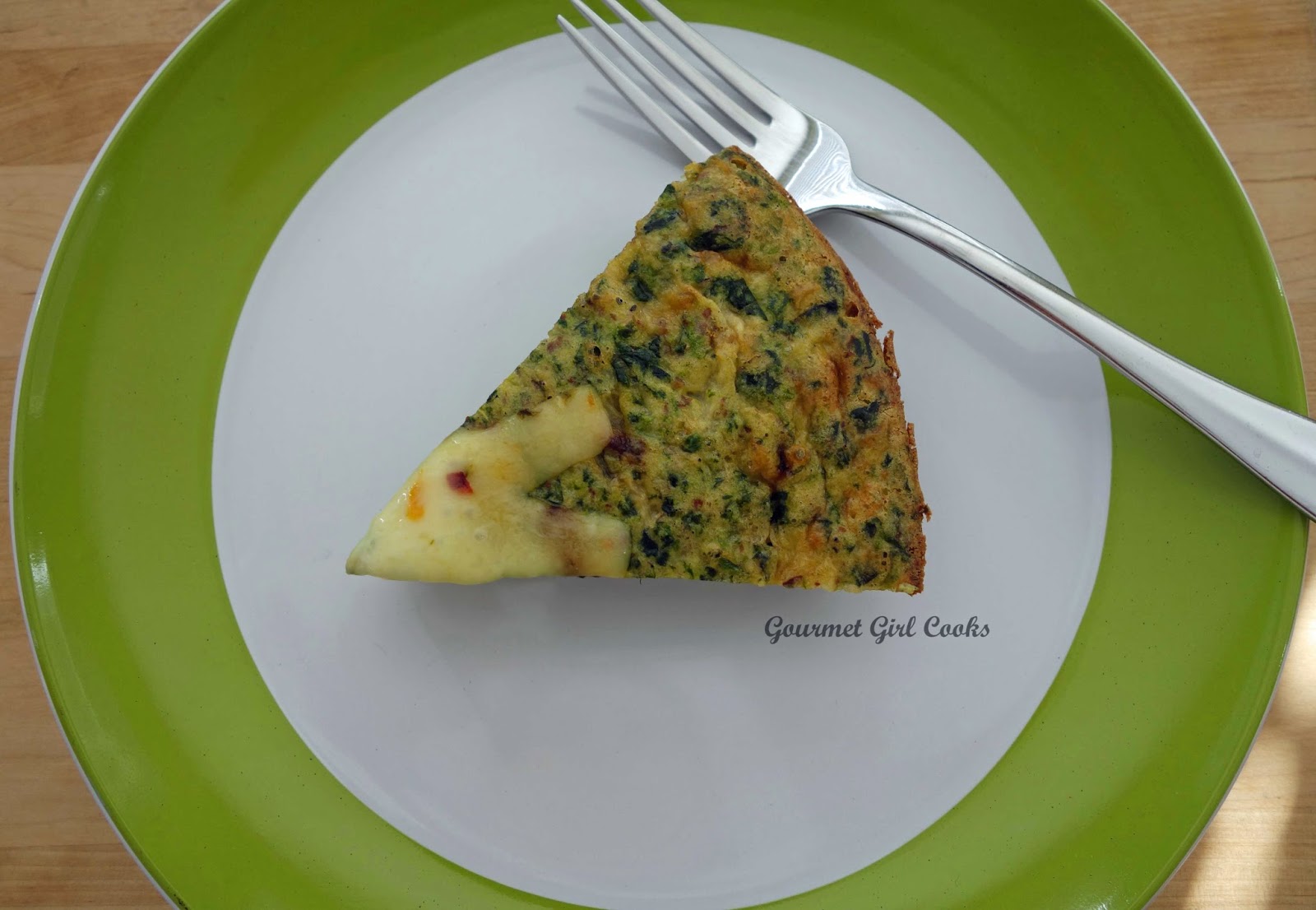 In a non-stick skillet, saute onions in oil until translucent; add sausage and lightly brown, 2 to 3 minutes.  In a medium bowl, add spinach, onion and sausage mixture, pepper-jack cheese, Parmesan, eggs, cream and almond flour. Mix until well combined.  Pour mixture into the lightly greased pie dish and bake at 350 F for 40 to 45 minutes, or until filling and eggs are set and cooked through to the center.
Posted by Gourmet Girl Cooks at 10:14 PM

This looks great and sounds so easy. Thanks for the recipe.
Julie