Today was a beautiful day here. We ran lots of errands this afternoon. I have wanted to go to Trader Joe's for a while now to get a couple bags of their raw cashew meal to use as breading for chicken. Cashews are a little milder and sweeter than almonds. It is priced very reasonably at $4.99 for a 1-pound bag. We also stopped at Penzey's Spices and Costco and a number of other stops...it felt like we were all over the place today. While out today, I picked up some butternut squash to roast for dinner. I bought it already peeled, seeded and cut into large chunks that I cut into smaller cubes. I don't eat it very often, but I absolutely love it roasted with a bit of oil, salt and pepper. I decided to "break my cashew meal in" by using it to bread the package of chicken cutlets I had in the fridge. I had 7 nice sized cutlets. I combined the cashew meal with some very finely shredded unsweetened coconut, a bit of salt, cayenne and a bit of sweetener. I wanted to complement the natural sweetness of the cashews with a little bit of sweetener and thought it would go well with the coconut, too...and I wanted a little contrast, so I added a bit of cayenne and sea salt. It turned out good with a delicate backdrop flavor of coconut. I also cooked the chicken in coconut oil which enhanced the subtle coconut flavor. Hubby liked it a lot. The butternut squash is so simple to make, just cube or dice, toss with a little oil to lightly coat and season with salt and pepper, then roast at 400 degrees for about 20 minutes, depending on how large your cubes are. I toss and stir it around half way through cooking. The key to caramelizing it a bit is to make sure you roast it in a single layer and allow it to brown slightly before tossing or stirring. I steamed some fresh thin green beans (haricots verts) for 3 minutes and then completed cooking in a bit of butter in a skillet, tossing with tongs and seasoning with salt and pepper. Preparing them this way maintains their beautiful bright green color and the tender crisp texture I like. We had an absolutely delicious meal that was made using all simple single ingredient foods...basically meat and veggies with a bit of nut and coconut to embellish it a little. It was a simple and quick meal to put together but tastes like it took much longer. I posted the super simple recipe for the chicken below. Enjoy! 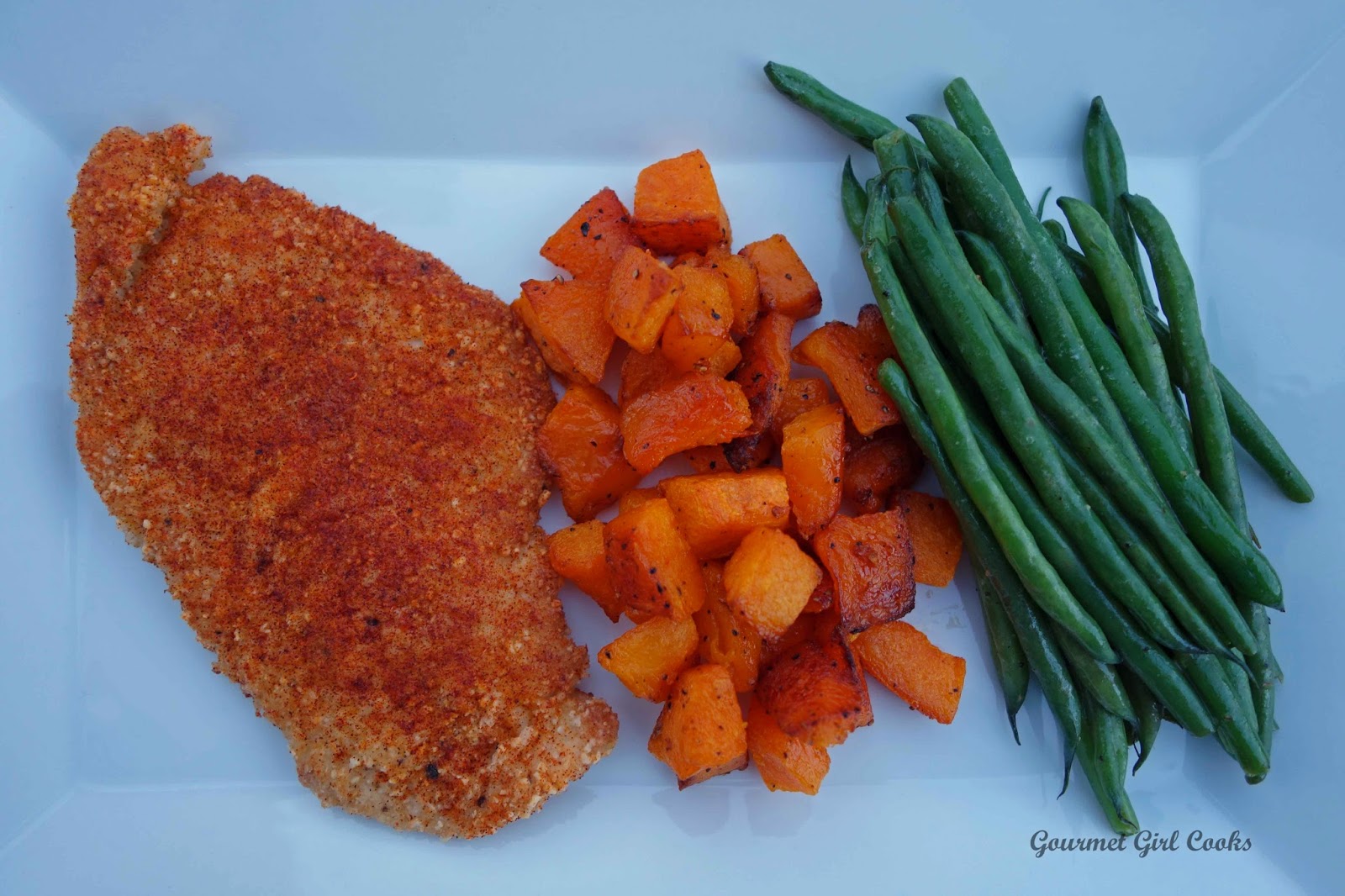 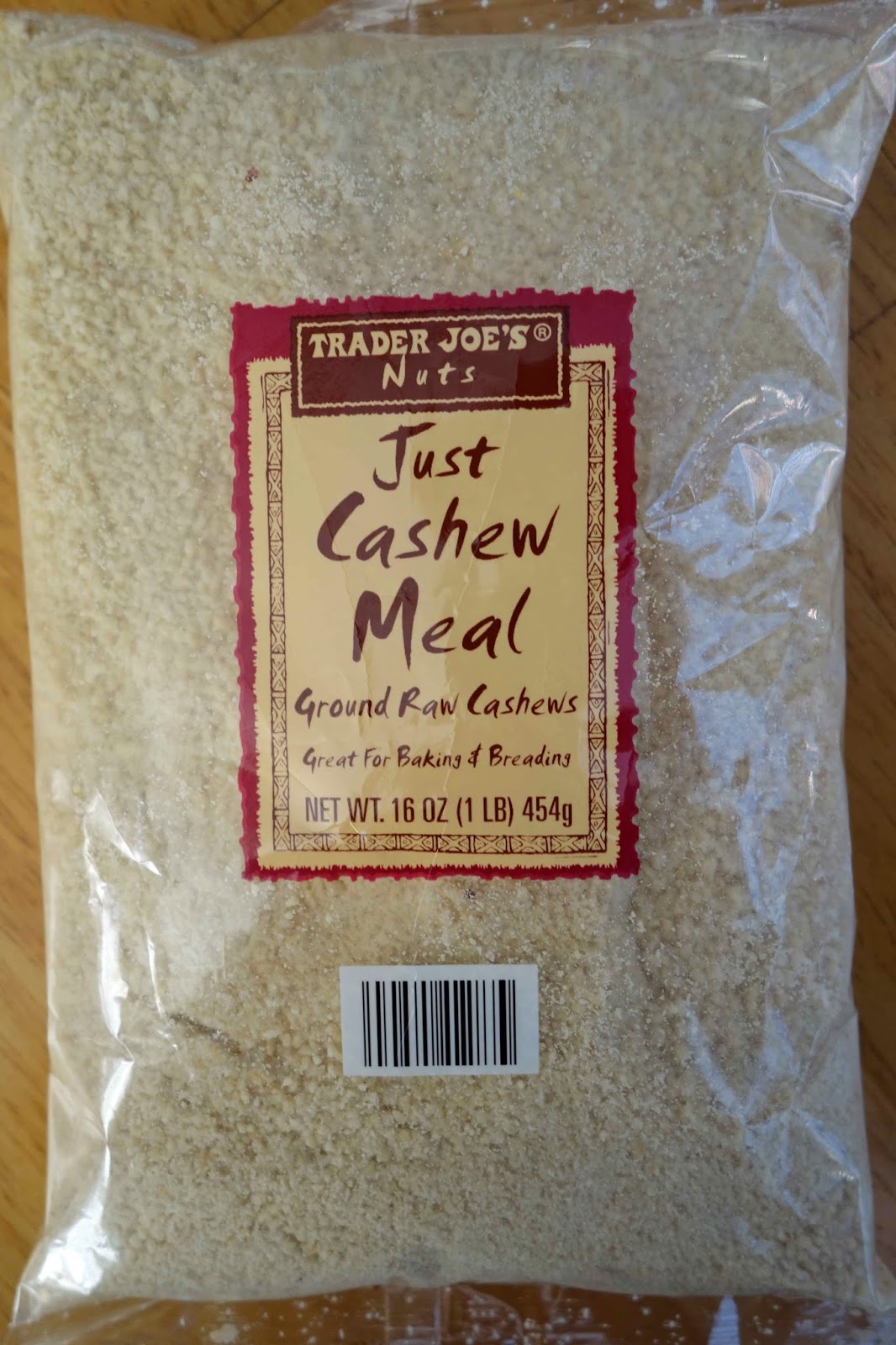 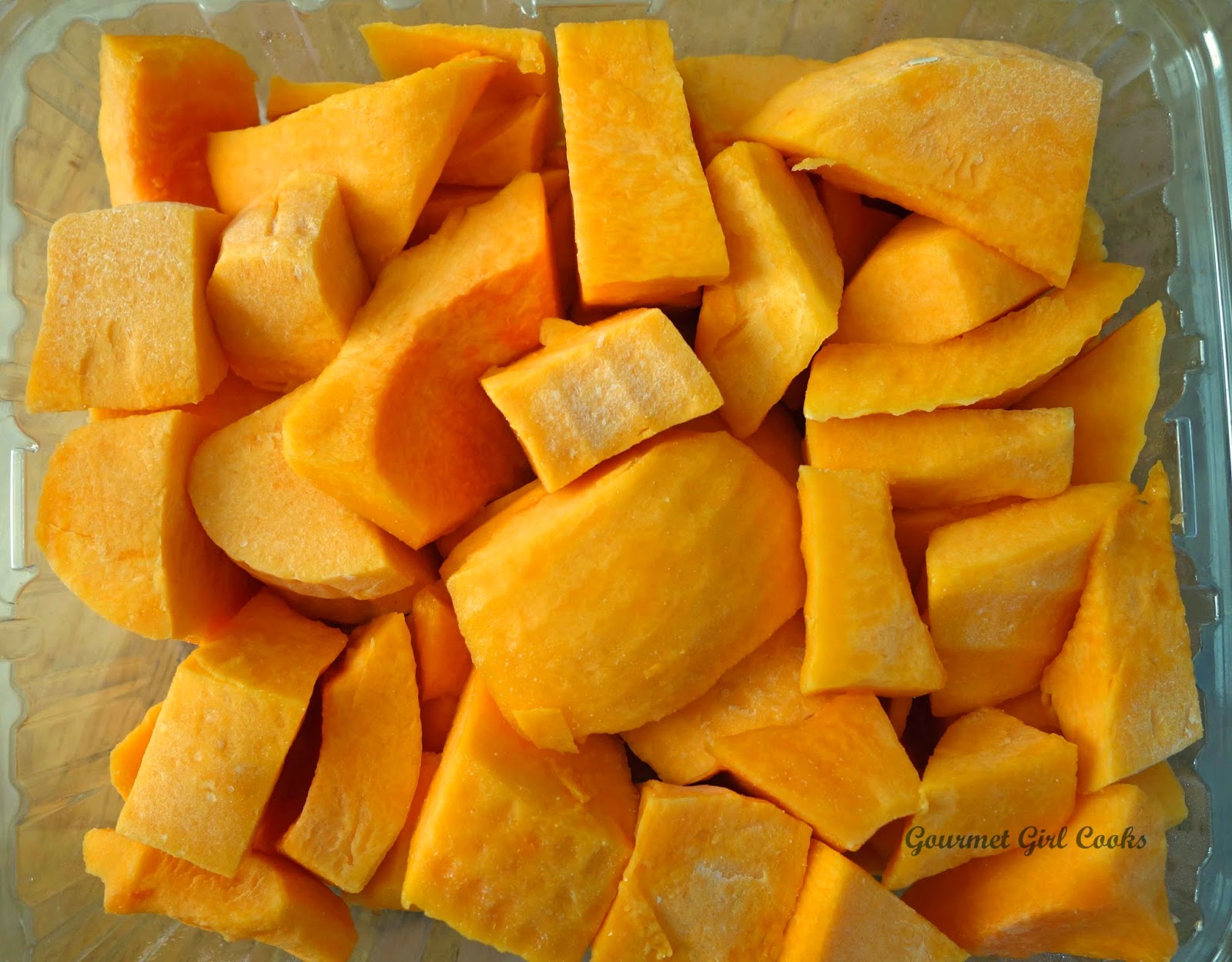 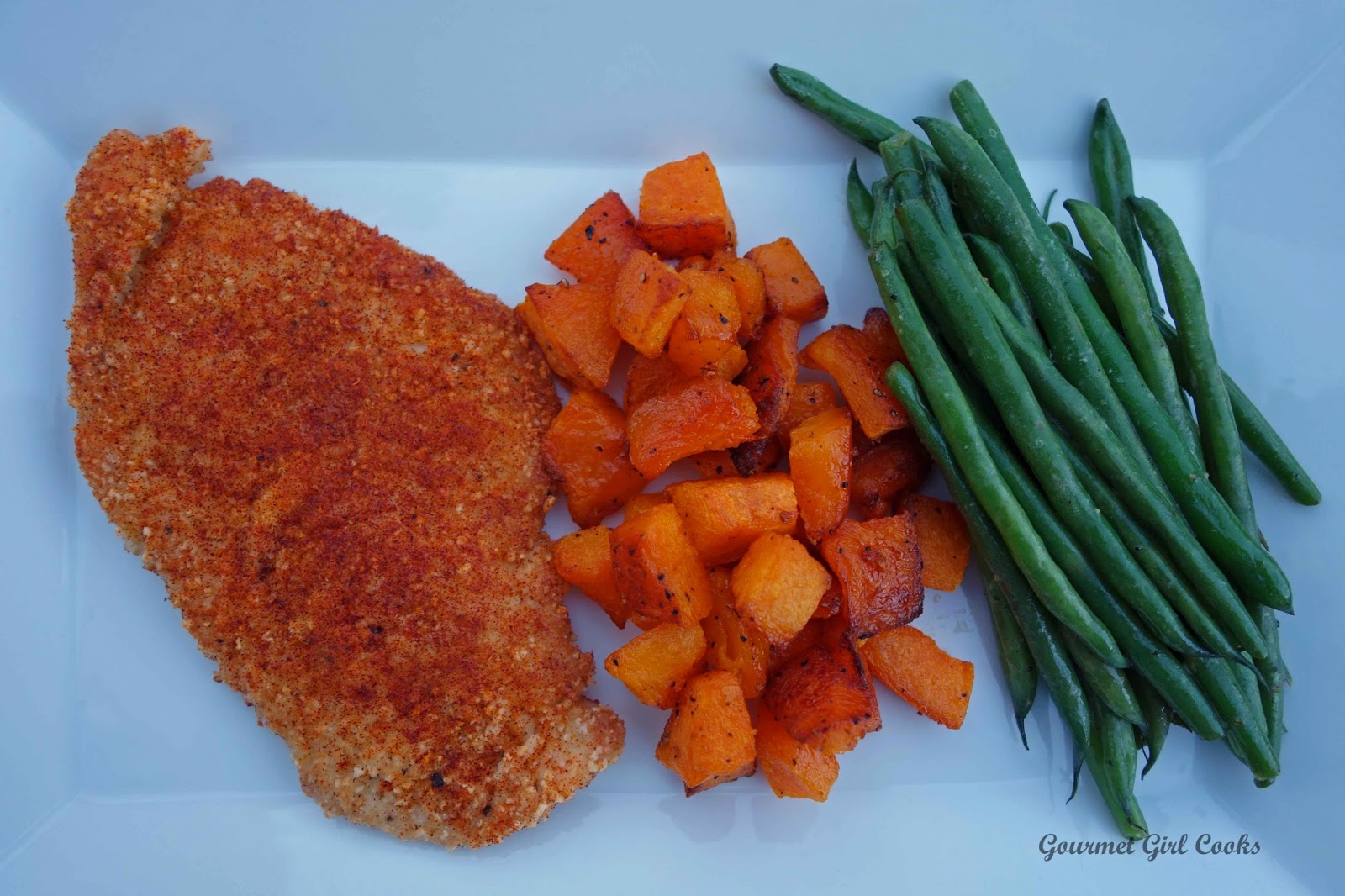 In a shallow bowl or plate, combine cashew meal, coconut, salt, pepper cayenne and sweetener. In a separate shallow bowl, beat egg with water or milk; season with salt and pepper, if desired. Dip chicken in egg wash, allowing excess to drip off. Dredge in crumb mixture, lightly coating both sides.

Heat coconut oil in a nonstick skillet over medium-high heat until hot. Cook chicken until golden brown, about 3 to 4 minutes per side. Transfer to a paper towel lined platter and repeat until all chicken is cooked. Lightly dust cutlets with paprika, if desired.

What a lovely meal! Trader Joe's is another place I wish we had around here. About a year ago there was a "rumor" that we were going to get one. It never materialized, though. Oh well ... we manage to make do. :-)

Hi CyberSis -- Thank you. The Trader Joe's nearest me is probably 30+ minutes away -- not right around the corner which is why I have been putting off going. But I managed to take advantage of going there and stop in at some other "not so convenient" places, too that were nearby. I even went to another Costco that had other things mine doesn't. This one carried some Le Creuset pieces, All Clad cookware, Circulon cookware and some other higher end products than my regular one does. I've been to 5 different Costco locations in the Atlanta area -- and they each carry mostly the same stuff but then always things the other ones don't. It's interesting the variations in some items carried in certain stores. :-)

Hi GG, I'm probably going to drive you nuts(no putt intended) with questions as I go through all your yummy looking recipes 571I'm looking forward to trying many. These chicken cutlets look wonderful but my husband doesn't care for coconut any suggestions for a substitution? Maybe more cashew meal? Thanks~Mindy