This evening I wanted to make something fairly quick and simple with chicken cutlets I had in the fridge. I browsed around my fridge to see if an idea would strike me. I had a jar of oven roasted tomatoes on the shelf that had about 1/4 cup of diced tomatoes left...and a humongous jar of capers hiding in the back corner on the bottom shelf. There was a lemon staring me in the face on the edge of the top shelf...and then I remembered I had a partial stick of Kerrygold's Garlic & Herb butter in the butter compartment...so my plan began to come together. I added a little olive oil and butter to my nonstick skillet and heated it over medium-high heat and then seasoned the cutlets with some sea salt and black pepper. I sauteed them for a few minutes on each side until lightly browned and then transferred them to baking dish and put them in a 325 degree oven to keep warm while I put together a quick sauce. Using the same skillet, I added about 2 tablespoons of white wine and reduced it by half over medium heat which took a few minutes. I squeezed half of a lemon directly into the skillet and added a couple teaspoons of fresh lemon zest. Once the wine and lemon juice began simmering, I added about 2 to 3 tablespoons of the garlic and herb butter to my skillet and swirled the pan around as it melted. I added about 2 tablespoons of capers and 1/4 cup of the oven roasted tomatoes and then returned the cutlets back to the skillet and turned them around in the sauce to lightly coat and then spooned the capers and tomatoes over the top of them. I served the cutlets and sauce alongside some yellow squash "pasta" that I sauteed in a bit of olive oil and then tossed together with a tablespoon or two of sun-dried tomato pesto (by Mezzetta). I added some shredded Parmigiana Reggiano and my side dish was complete. The lemon wine butter sauce is flavorful and complements and contrasts the flavors of the salty capers along with the deep roasted tomato flavor. It was simple and fresh tasting and took less than 30 minutes to make this entire meal -- and even though it looks like "more"...it's basically meat and veggies transformed into something that tastes and seems so much more special. I snapped a few photos below. Enjoy! 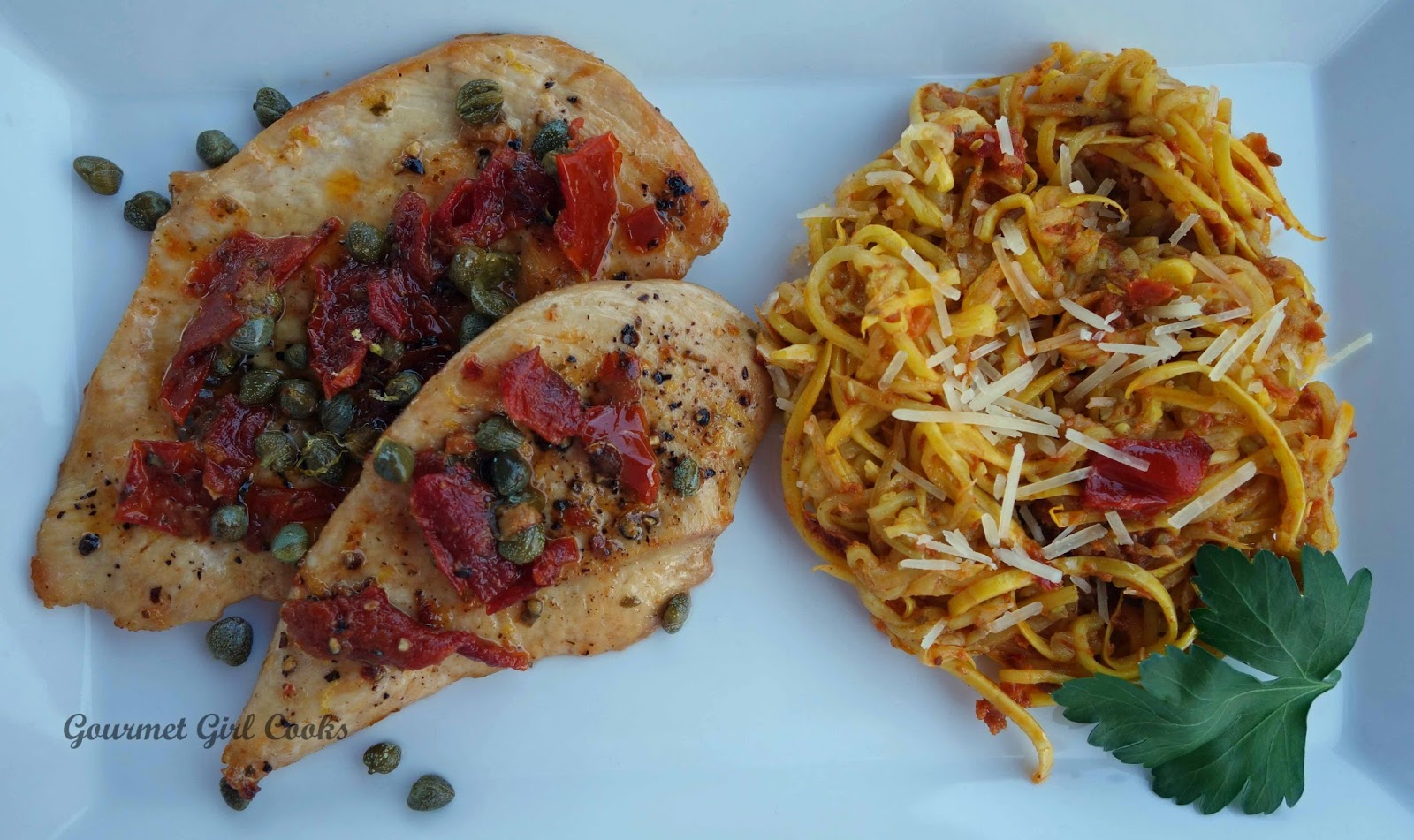 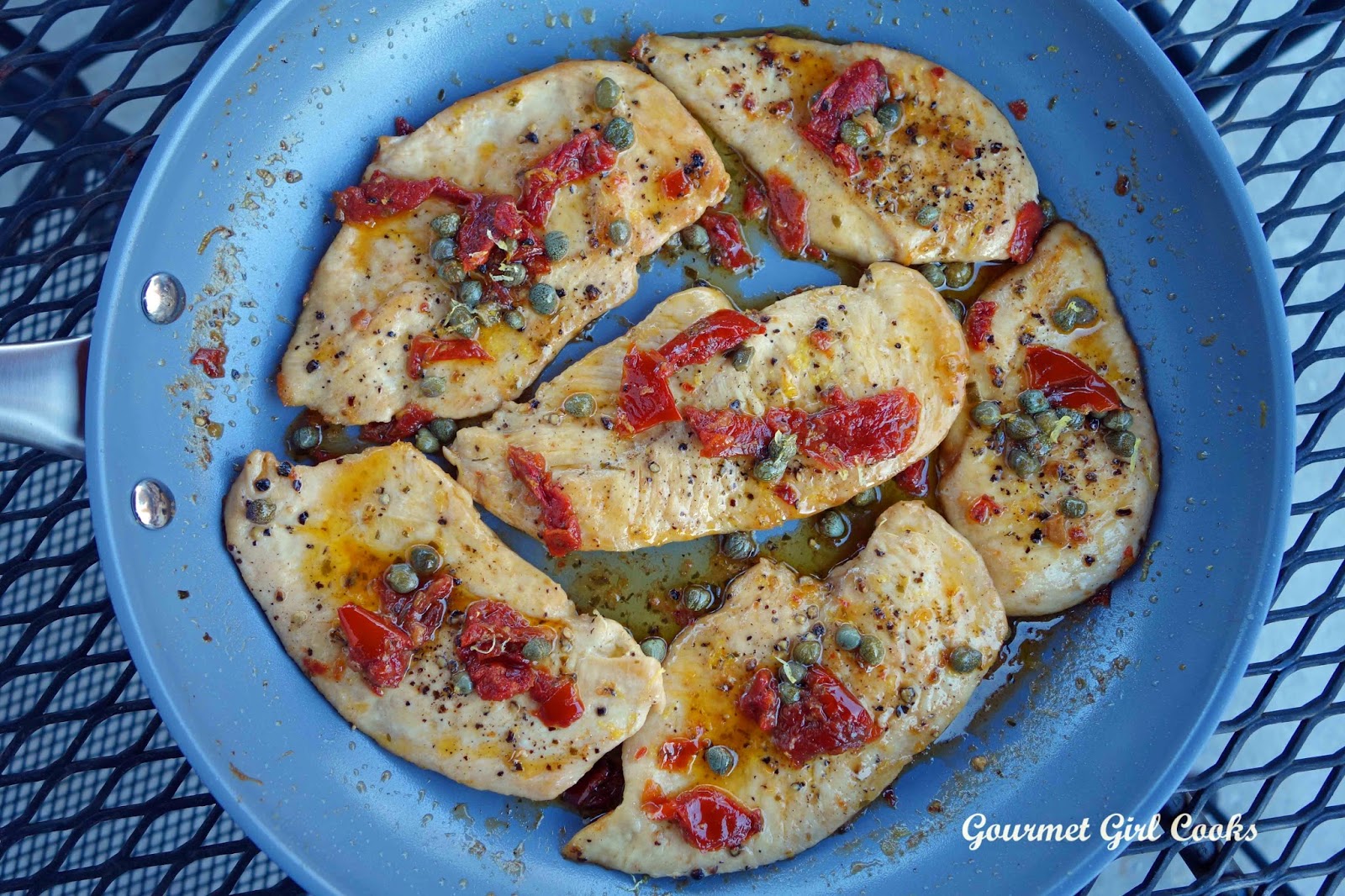 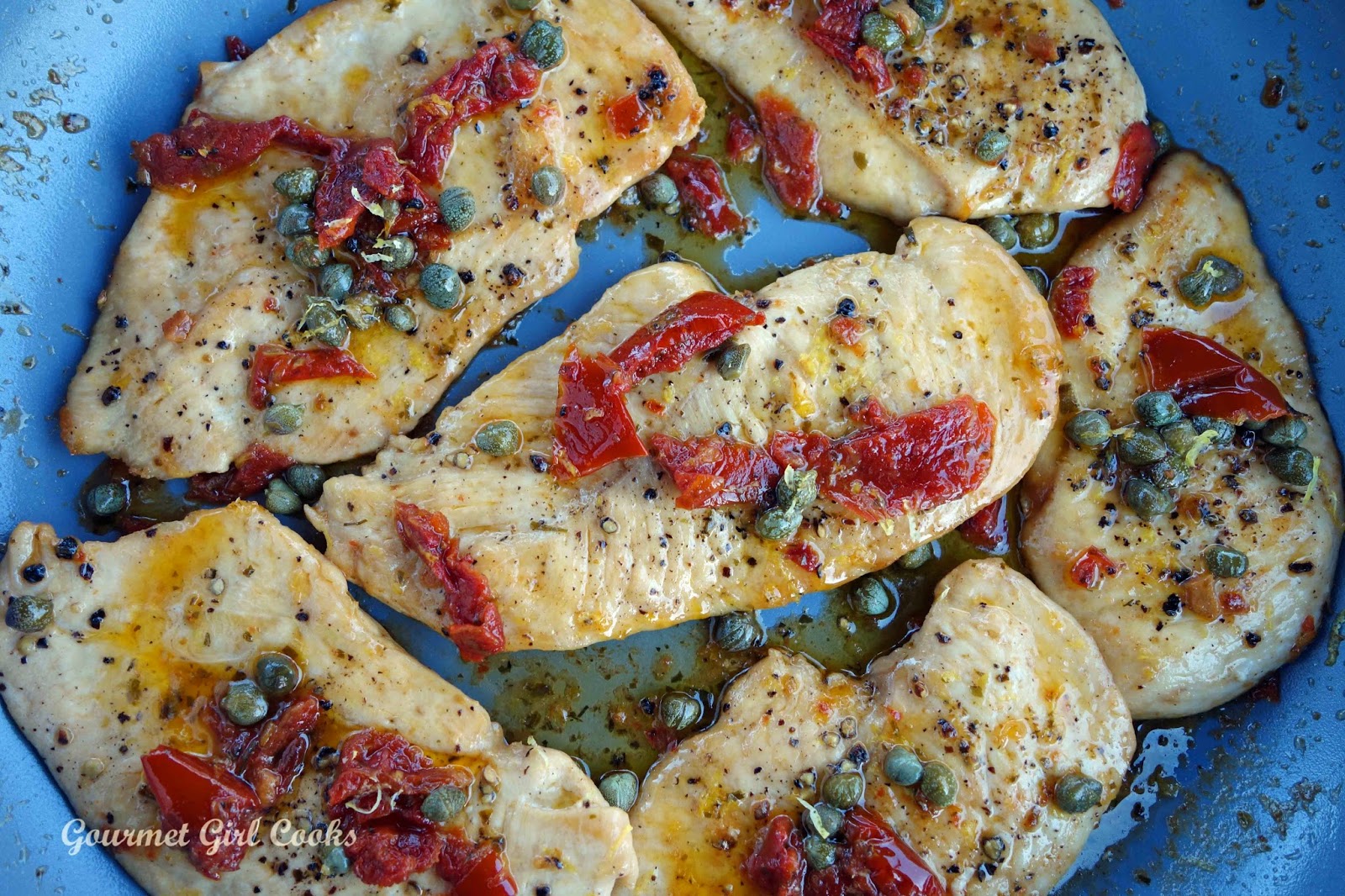 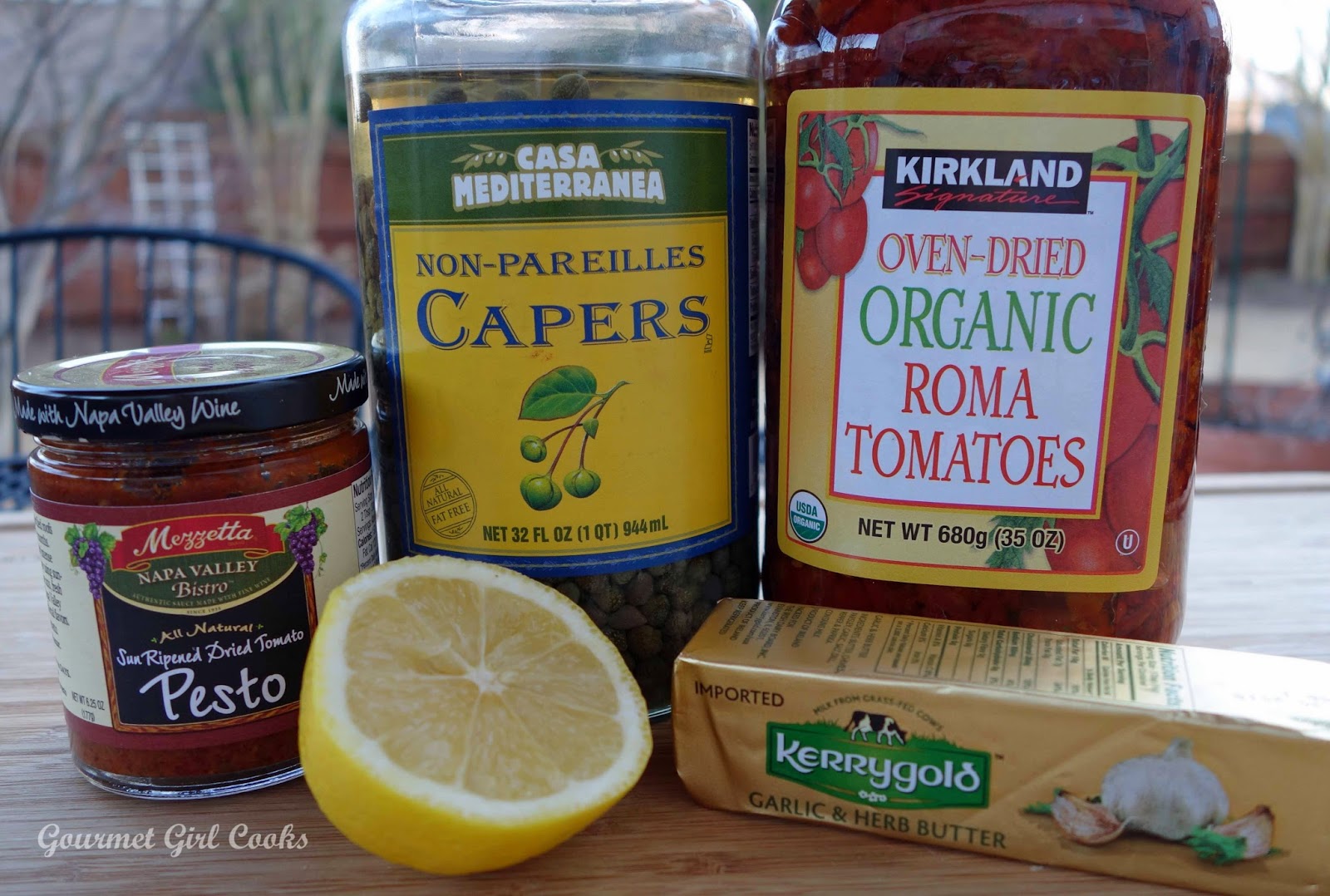 Can't wait to try this! Thanks