This evening we had leftovers for dinner...which meant that I didn't have to cook.  This gave me a little time to play around a bit in the kitchen instead. While grocery shopping this weekend, I was looking at the Russell Stover's Christmas candy display...and thinking about what once was my favorite of theirs -- their little milk chocolate "coconut nests" that used to be filled with jelly beans. I say "used to be"...because they suddenly stopped putting little "eggs" in the nests a couple of years ago (how chintzy). Long story short...this evening I decided to see if I could create a more "milk chocolate" flavored confection in order to make them taste more authentic. Sometimes I just like to see if I can do it. They turned out great!!! Basically, these are my version of Mr. Stover's chocolate coconut nests...minus the sugar and plus the macadamia nuts!  :-)

When I got home, I toasted some unsweetened shredded coconut in the oven until it was golden brown and toasty. I mixed a conglomeration of ingredients together to help transform the super dark 100% cacao Ghirardelli chocolate bar into something more resembling "milk chocolate". I decided that the roasted lightly salted macadamia nuts I picked up at Costco this weekend would be perfect to fill my nests with. Costco had their 1-1/2 pound bags for $17.99...which is a great price for that many macadamia nuts. The only thing I would do differently when making them again would be to add a little more toasted coconut since I love it. I snapped a few photos below as well as the recipe I put together. I also think these would be great with some chopped roasted almonds or macadamias added along with the toasted coconut for some added crunch. Enjoy! 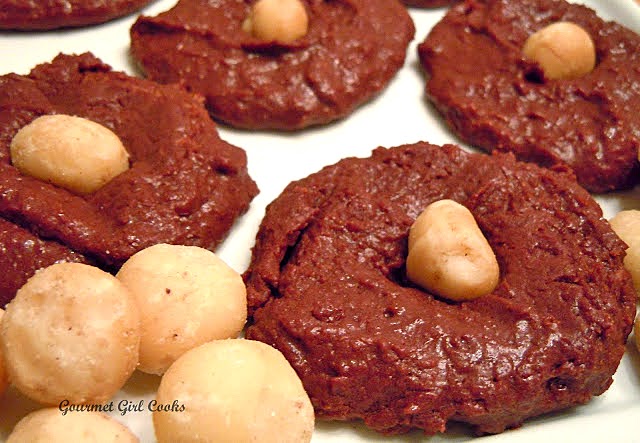 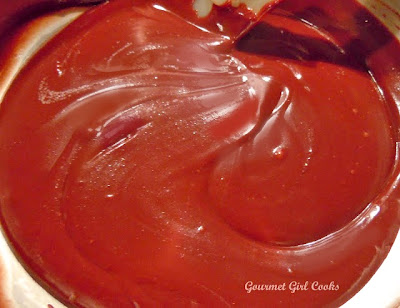 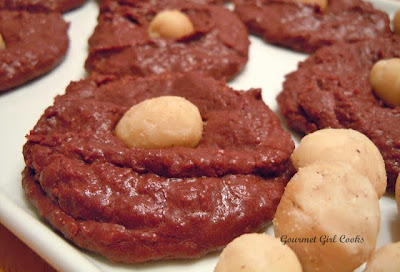 Preheat oven to 350 degrees F.  Spread coconut out on a foil or parchment lined cookie sheet in a thin layer and bake for about 5 minutes, or until toasted and golden brown; remove from oven and set aside.  Line another cookie sheet with parchment paper and set aside (this will be to spoon/drop the chocolate coconut nests on).

In a small saucepan on low-medium heat, add coconut oil, cream, vanilla, salt and Swerve; heat slowly, stirring frequently until it begins to bubble and just begins to boil.  Let boil gently for 1-2 minutes, stirring constantly.  Turn off heat and whisk chocolate pieces into the hot mixture, stirring until the chocolate is melted and smooth.  Stir toasted coconut into the chocolate mixture and drop by slightly heaped tablespoonfuls onto the parchment paper lined cookie sheet, shaping them into little nests with a slight depression in the center (work quickly so the chocolate doesn't begin to cool off and set before you finish making your nests).  Place either whole or halved macadamia nuts in the center of the nests, pressing down slightly.  Refrigerate until chocolate has firmed up.  Makes approximately 10 nests.

***Note:   I used 1/2 cup of toasted coconut in these nests but it could easily be increased up to 3/4 cup if you like lots of toasted coconut in your chocolate.  I used the shorter finely shredded coconut, not the longer shreds.  Any kind of nut such as roasted almonds could be substituted for the macadamias, or you could omit them entirely if your prefer.  These nests would also be good with some chopped nuts mixed into the chocolate along with the coconut.

P.S. -- This is what the "original" nests looked like...(back when they actually filled them)! 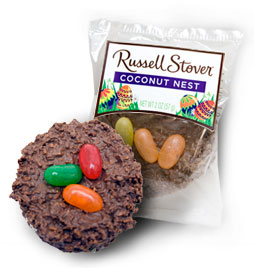