Today it's an ugly day outside and it has been raining non-stop since we woke up.  It was a great day to play around in the kitchen and do a little bit of baking.  I've been wanting to make a muffin recipe to give me another breakfast alternative to choose from -- one that was portable.  I made a quick and simple "not too sweet" basic muffin that could easily be modified to change the flavor by adding nuts, fruits, etc.  I originally planned to use some unsweetened applesauce in them but since I had some buttermilk that I needed to use, I added that to my batter instead for moistness.  I didn't want them to be too oily or rich...I wanted them light and moist and I accomplished that.  I ate one with a cup of coffee for my "lunch" this afternoon.  Hubby (who is not wheat free) had two of them and really liked them too.  Below are a few pictures as well as the recipe.  Enjoy! 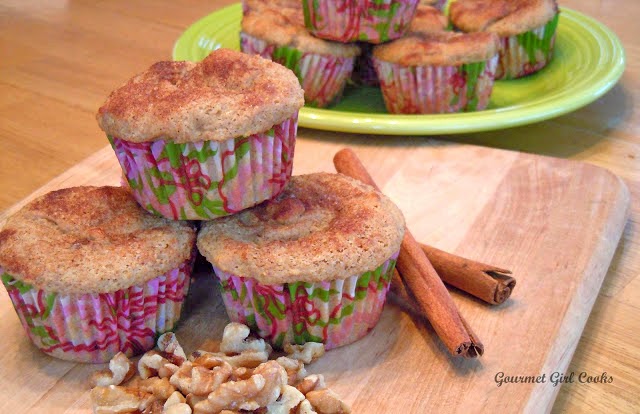 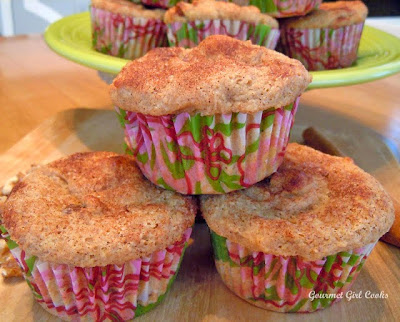 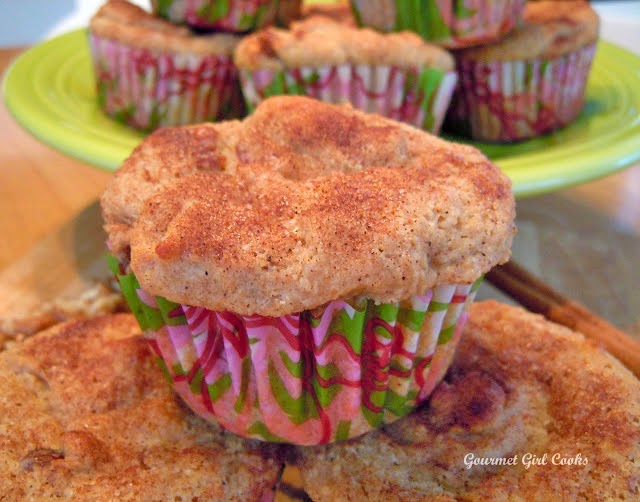 In a medium mixing bowl, whisk dry ingredients together (first 9 ingredients) to ensure breaking up any lumps.  Add eggs, buttermilk (or fruit puree), oil and vanilla and mix until batter is blended well.  Using a retractable ice cream scoop, divide and spoon batter evenly between 12 paper lined muffin cups (approximately 3/4 full).  In a small bowl, make cinnamon sugar by mixing 1 tablespoon Swerve (or preferred granular sweetener) and 1/2 teaspoon cinnamon together.  Sprinkle the top of each muffin with the "cinnamon sugar".  Bake at 350 degrees F for approximately 22 minutes or until lightly golden brown and a toothpick inserted in the center of largest muffin comes out clean.

What is the psyllium powder for? Can I leave it out or substitute something else? Thanks!

It adds some fiber and a little body -- but YES, you can definitely make it without the psyllium. Hope you enjoy! :-)

P.S. -- Maybe add extra flax in place of the psyllium -- the same amount.

Made these today. I was going to make the Cranberry Orange Walnut Mini Muffins, but was out of too many ingredients (the story of my life) and didn't want to sub a bunch of stuff that would make them into something altogether different. I've been wanting to make the Cinnamon Spice Muffins for quite a while now, and I'm glad I finally did ... Super Yummy! :-) (Will make the other ones as soon as I get all the ingredients together at the same time!)

P.S. I've really become quite a fan of Swerve!

Hi CyberSis! Glad you enjoyed the muffins -- I am really enjoying the cranberry orange muffins and am actually enjoying them more as the days go by -- it's nice to grab as a little snack or have with coffee. I like that they are not too sweet and have that cranberry twang. I think in general I am liking mini muffins size better in general because you can easily have 1 or 2 and not feel like you have to eat an entire muffin if you just want a little bite of something. Glad you liked the cinnamon spice muffins. I am enjoying baking more now, too. Glad you are enjoying Swerve too -- now if more stores would stock it, we'd be set! :-)