I diced a small eggplant, 1 medium zucchini, 1 medium yellow summer squash and diced half of a small onion. I sauteed the onion in a nonstick skillet in a couple tablespoons of olive oil and when it began to turn translucent, I added the diced zucchini, squash and eggplant; covered the skillet and cooked it down for about 10 to 15 minutes, stirring occasionally and adding a little additional olive oil as needed. By covering the skillet, it adds condensation to the pan which keeps the veggies moist but not wet as they cooked. After the veggies were almost completely cooked, I added about 1 cup of halved grape tomatoes and about 1/2 cup of pasta sauce. I didn't want it saucy but wanted a nice thick ratatouille. I seasoned it with salt and pepper and then added a couple of chicken cutlets on top of the layer of ratatouille, covered the skillet and heated a few minutes until the cutlets were warm and then topped each cutlet with 2 round slices of fresh mozzarella (you could use regular sliced or shredded mozzarella if you didn't have fresh); and then sprinkled finely ground Parmesan cheese over the top of all the veggies, chicken and mozzarella; covered it and heated until the cheese was melty. I served it in shallow bowls. It was delicious and we were able to enjoy both Chicken Parmesan and Ratatouille, all cooked in one skillet. I snapped a couple photos below. Enjoy! 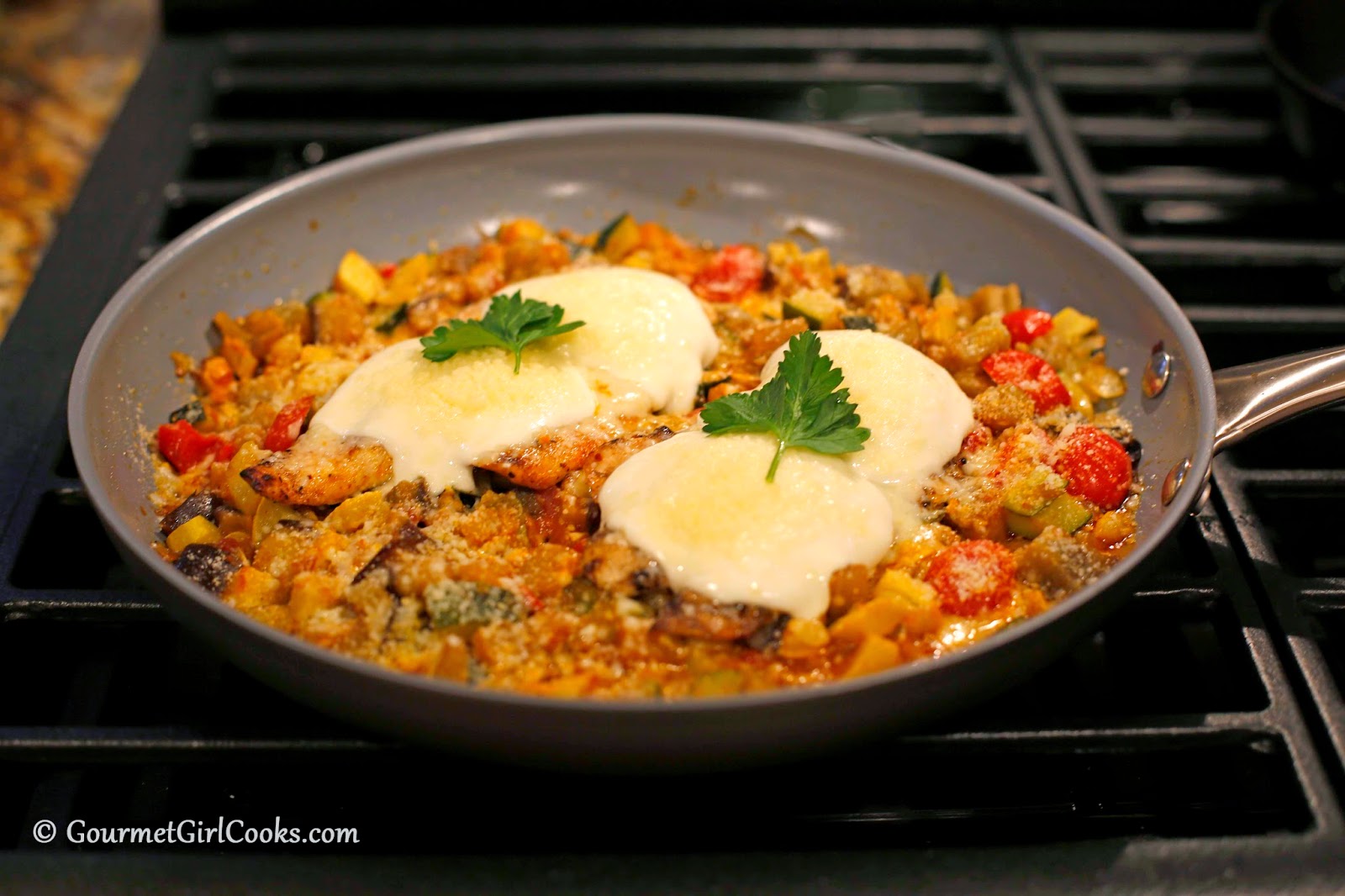 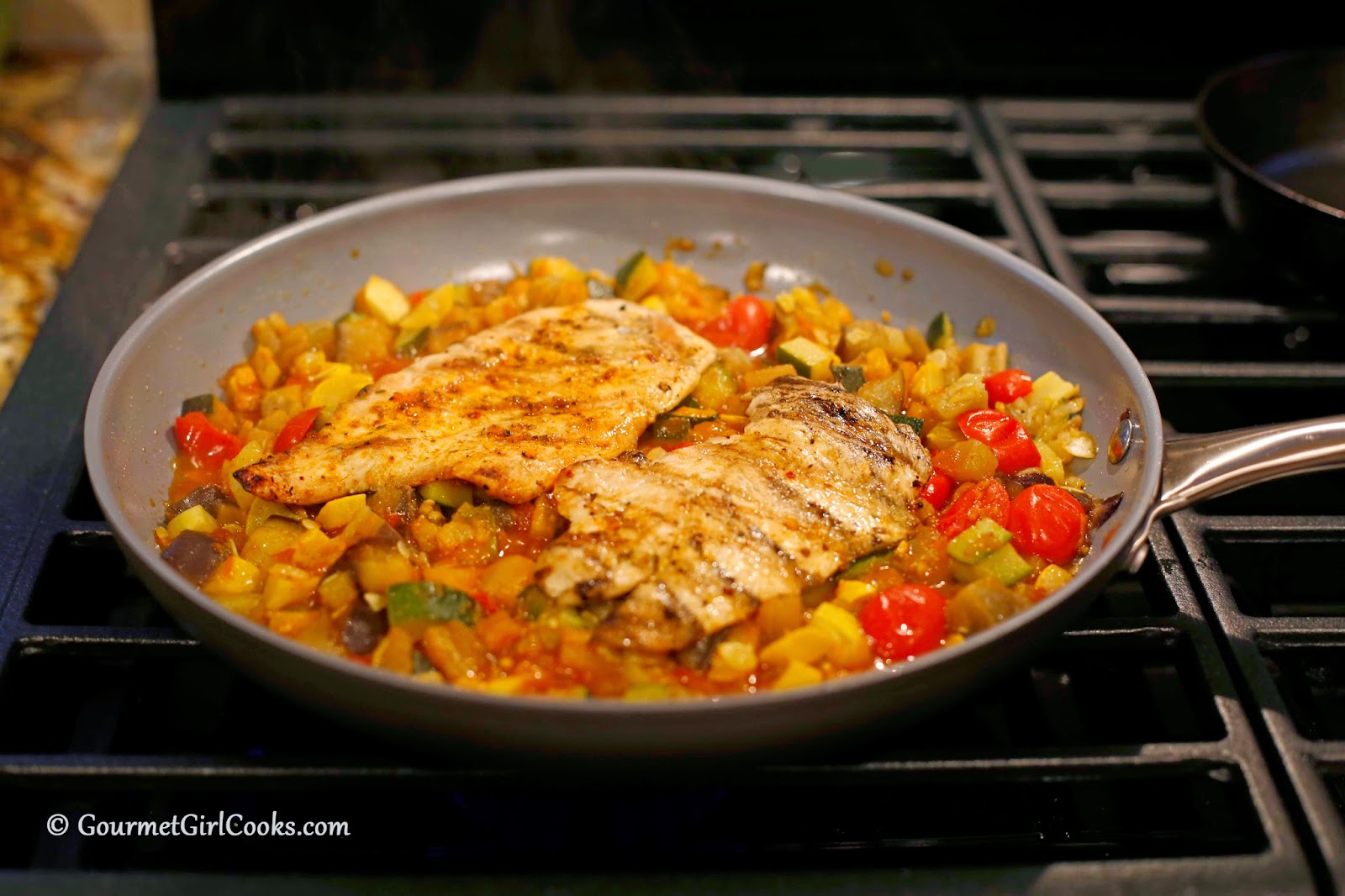 Mother Nature pulled an April Fool's prank on us a couple of days early with 2" of wet, sloppy snow and gale-force winds the next day! Today has been the calm before the storm. They're calling for 70 degrees tomorrow and thunderstorms, then possible snow again for Easter. A topsy-turvy start to spring for sure!

Wow, that is quite a prank for sure! I'm guessing you aren't singing "I'm dreaming of a White Easter..." LOL I don't believe I've ever experienced snow on Easter before. Maybe you will be lucky and they'll be wrong. Talk about extremes though! It's hard to know how to dress this time of year isn't it! :-)

Good timing, my daughters are coming home for Easter weekend and this is quick and easy! AND I recently found a new item at Trader Joe's canned eggplant, tomato, and onion. Was going to use it on a LC pizza but now going to make this. Will buy a bag of frozen squash, chicken, and off I go! Thanks so much for your wonderful and EASY ideas! Going to get the McCormicks Chipole seasoning as well for your salad recipe!

I hope you enjoy it. That Trader Joe's item does sound like it would be great on pizza too! :-)