This evening I was in the mood for my Greek Style Spinach Feta Pie. One of my favorite versions is the version I make with a crust, but that takes a little bit longer to make and since it's a weeknight, I decided to make my version that's more like the old Bisquick Impossible Pies...with sort of a built in crust. I also have a totally crustless version that doesn't contain any almond flour. The version I made this evening is one I refer to as my "modified crustless version" because although it doesn't have a crust, it's got some almond flour mixed in that helps it form a slight crust as it bakes. It's quick to put together and gives you time to get other things done (or simply relax) while it bakes for 35-40 minutes or so. The best part though, is that I now have a quick and easy lunch made for the rest of the week! I just pop a leftover wedge into the microwave oven for a minute or two and "lunch is served."

I snapped a couple photos for you to see this evening's spinach pie. It was delicious! The recipe for it can be found by clicking here: Greek Style Spinach Feta Pie (Modified Crustless Version #2). Enjoy! 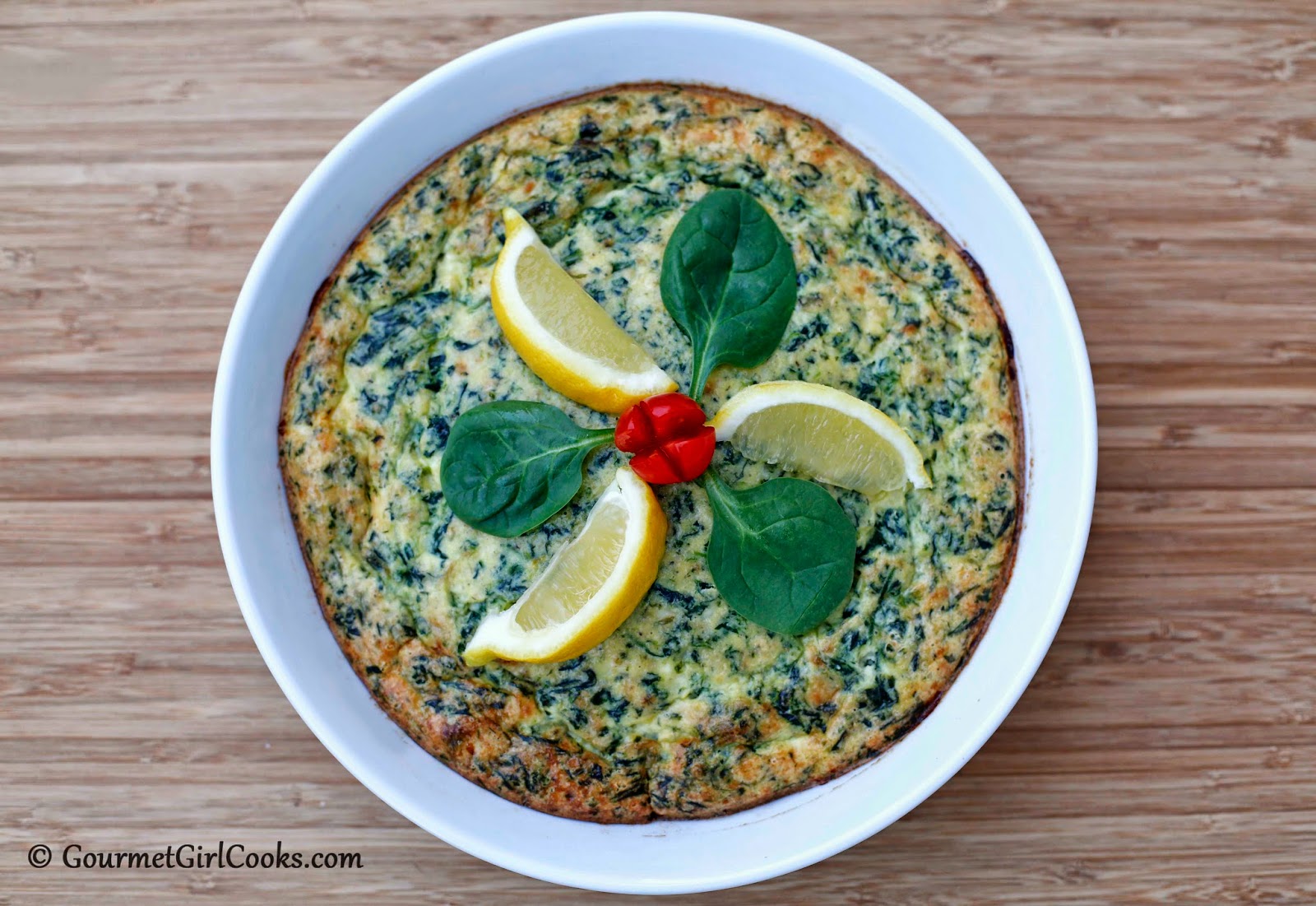 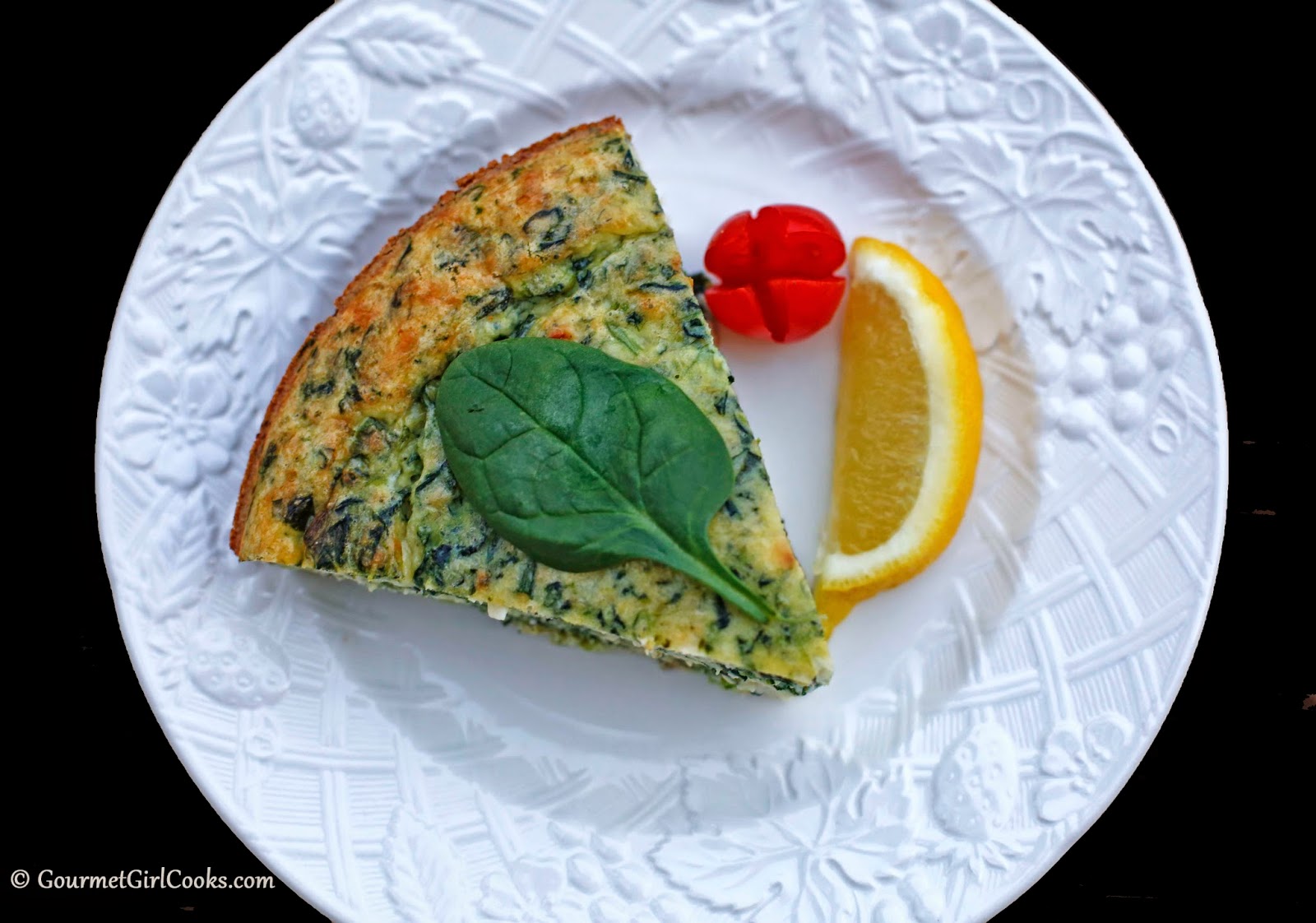 I can't wait for our Egg Lady's "spring chickens" to start producing again! Will celebrate by enjoying this pie, one of our all-time favorites! After a few days of near 50-degree weather we're back in the freezer, and the low tonight is expected to be 16. We drove by the egg place today. They're still not open for the season, but this was the first time this year that we saw the hens running around their yard. Hopefully it won't be too long now. Anticipation .....

Wow...that is a big drop in temps! You were simply being teased with the 50-degree weather it seems. It was 60s here yesterday and again today but at least the sun is out today!

Too funny that you are already "stalking" the hens waiting for eggs! ;-) Speaking of "spring chickens"...I guess that is what we used to be referred to, huh? Hoping the hens will begin chanting "lay baby lay" soon! :-)

LOL! You really had me ROFL with the Chicken Chant! :-D