This evening I made a dash to the grocery store after work to pick up a few things. I had originally planned to make pizza for dinner, but while I was in the store a few items caught my eye and swayed me an entirely different direction. I found some absolutely beautiful thin-sliced sirloin tip steaks, a bag of precious mini red, yellow and orange bell peppers...and I began thinking..."steak and cheese". I thought about coming home and making some quick little flax sandwich buns that I have made before (I never posted the recipe because they were just "okay"...not awesome). Then, an idea struck me like a bolt of lightning (well, maybe not like lightning...but it was definitely a "flash" of some sort...LOL). I decided I would make "Stir-Fried Steak & Cheese w/ Onions, Peppers and Mushrooms). Of course, I also wanted to add a little green to my bowl and had 1/2 of an avocado left from my lunch, so I sliced that up and had that along with it. I know it probably sounds weird....but it was awesome! When I came home, I sliced about 1/4 of an onion and 3 small mini-bell peppers and sauteed them in a little olive oil until crisp-tender and moved them to a plate. Next, I sliced and sauteed a few mushrooms and moved them over to the plate. Then, lastly, I sliced the thin sirloin steak into 1/4" strips and quickly sauteed that until cooked (for about 3 minutes). I seasoned the steak with some salt and pepper and then placed the steak, onions, peppers and mushrooms together in a shallow bowl and topped it with some strips of provolone and popped it in the microwave for about 30 seconds to melt the cheese. I sliced my avocado and placed that on the sides of my "stir-fry" and "Voila....Stir-Fried Steak & Cheese". This wasn't just good -- it was awesome. It was so super quick to make, too! I snapped a few photos for you to see below. Enjoy! 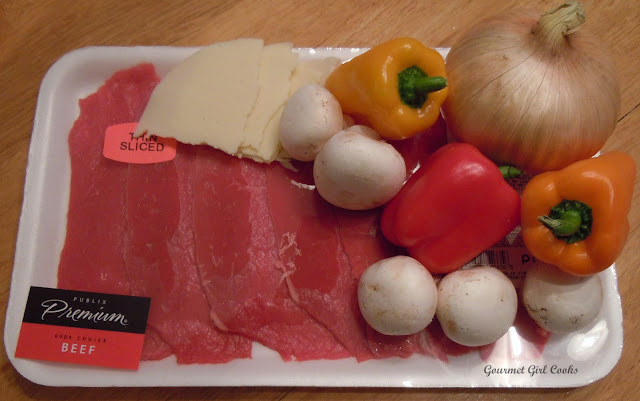 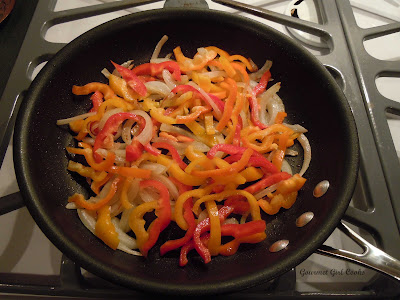 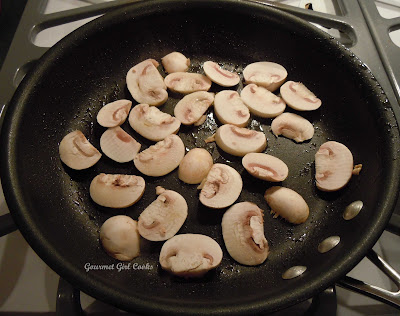 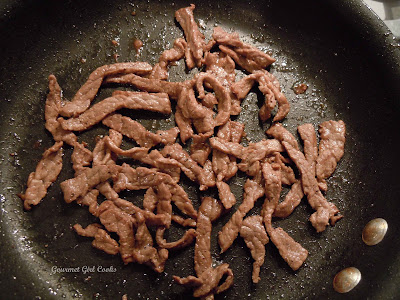