This evening I was in the mood for something different. I decided to make Chicken Ratatouille Parmigiana, which is basically my version of a cross between Chicken Parmesan and Ratatouille!  It was so simple to make. Here are the easy steps:

It was absolutely delicious and an awesome way to use up the bounty of summer vegetables this time of year.  I snapped a few photos for you to see below.  Enjoy! 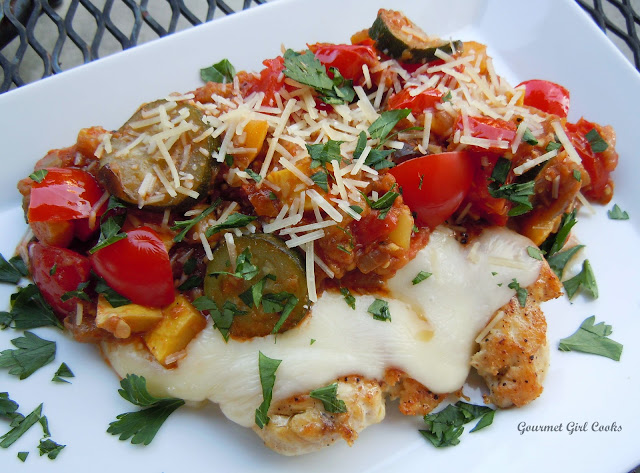 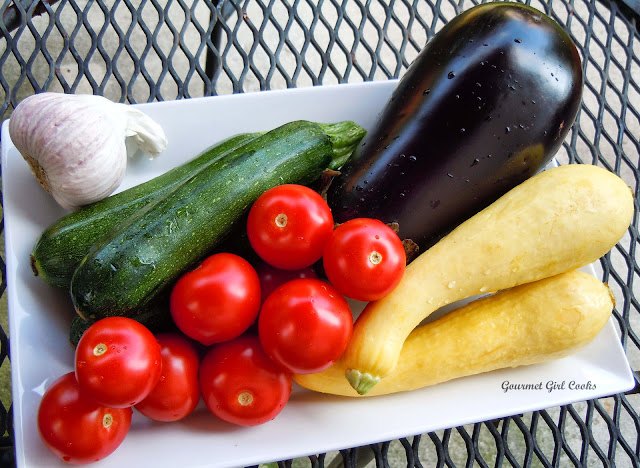 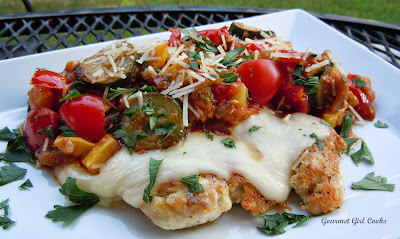 This is restaurant quality food. Can you imagine going to a fancy restaurant and ordering this dish with no fear of being "wheated"? I would go frequently to that restaurant but instead, will make this Chicken Ratatouille Parmigiana for myself at home! Beautiful, GG. Thanks so much!

Thanks, Nancy! I just enjoyed some of the leftovers for lunch! I never thought about that before...but you are right, it would be great to feel safe enough to order this in a restaurant without fear of being wheated. If you make it, I hope you enjoy it. This is the first time I added a couple tablespoons of the sun-dried tomato pesto (by Mezzetta) to ratatouille -- I added it simply because I had an open jar in the fridge -- but it really enhanced it. I hope you enjoy! :-)